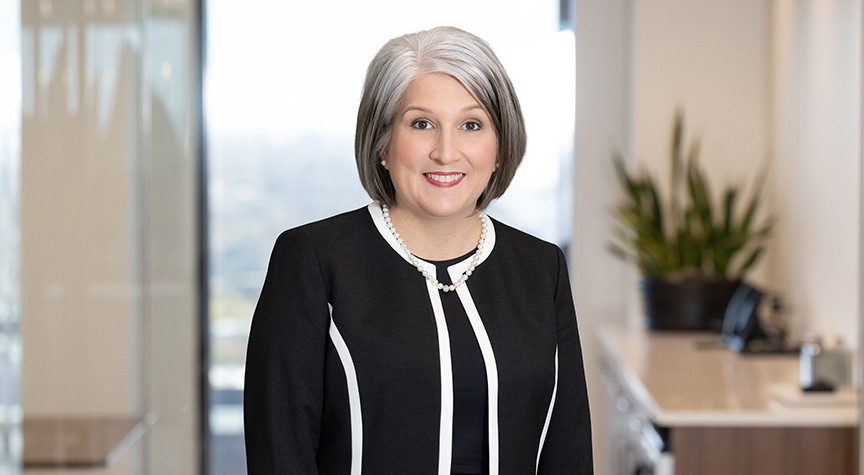 Sue practices employment law focusing on workers’ compensation and OSHA law and procedure. She represents self-insured and state-funded employers during all stages of their workers’ compensation matters, including claims investigation and management, administrative hearings, litigation, appeals on mandamus before the Court of Appeals and the Supreme Court of Ohio, and settlement.

In addition to several years in private practice, Sue worked as an Assistant Ohio Attorney General in the Workers’ Compensation Section.

Testimony Before The Ohio Senate
Testified before the Ohio Senate on behalf of the National Federation of Independent Businesses regarding House Bill 308, which impacts workers’ compensation benefits for first responders diagnosed with post-traumatic stress disorder due to their employment.

Corporate Employment Reorganization
Implemented a corporate reorganization for a privately owned retailer operating in numerous states. This involved merging approximately 13 corporations out of existence and establishing one consolidated entity to employ all Ohio employees. Work was completed in five business days due to the impending close of the client’s fiscal year.

Protection of BWC Funds
Pursued injunctive relief against the Ohio Office of Budget and Management (OBM) on behalf of several national and state trade associations to prevent the OBM from using up to $2 billion in Ohio Bureau of Workers' Compensation funds for state purposes. Secured memorandum of understanding on behalf of the associations prohibiting the OBM from raiding the funds and preventing other state agencies from taking similar action in the future.

Cost Control on Workers' Comp Claims
Used both aggressive and strategic techniques to help a new client with multiple derailed claims get their claims costs under control. For example, fighting to have only the necessary treatment allowed and unrelated conditions denied, we successfully argued that an injured worker had reached Maximum Medical Improvement (MMI) to terminate compensation. Out of options, the injured worker ultimately settled her claim.

Temporary Total Compensation Termination
Successfully terminated temporary total compensation causing an overpayment of almost $20,000 through the use of external surveillance and social media.

Reduction of School District's Liability
Worked with the Ohio Attorney General's Office to reduce a school district's liability for a common pleas court settlement to zero dollars. The school district paid nothing to have the case dismissed with prejudice and did not suffer any effect on its premiums as a result.

Case Dismissal
Persuaded several Ohio courts to dismiss cases on the merits through Motions for Summary judgment for reasons such as failure to attend depositions, failure to respond to timely response to discovery, and failure to exhaust administrative options.

Protection of Ohio Employer Rights
Advise employer organizations on the potential impact of House and Senate bills, as well as rule-changes proposed by the Ohio Bureau of Workers' Compensation and Industrial Commission of Ohio. This involves consulting with the Ohio Bureau of Workers' Compensation on behalf of employer organizations to draft and revise rules that protect the rights of Ohio employers.