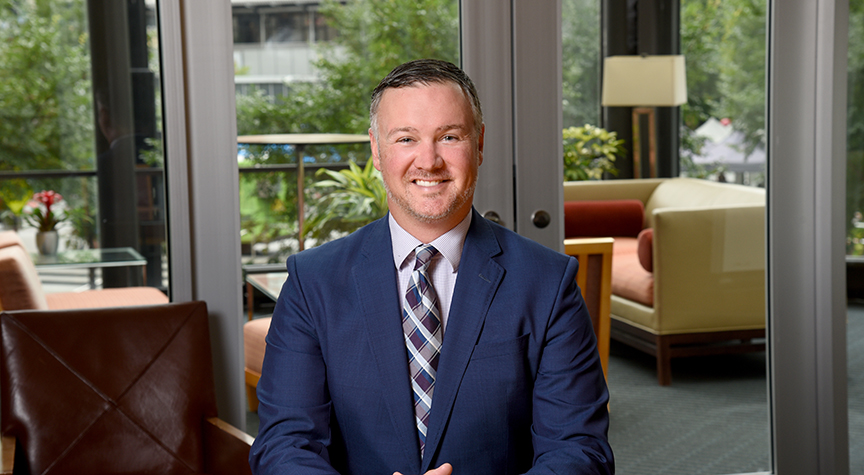 Ryan focuses his practice on complex litigation, especially mass tort actions and multi-district litigation involving pharmaceuticals and medical devices. For the last several years, he has been part of the national counsel team defending one of the world’s largest orthopedic manufacturers against more than 3,000 individual product liability lawsuits relating to hip implant devices. He has a particular interest in the area where legal and complex medical issues overlap, and has deposed more than 100 orthopedic surgeons in nearly every state in the country.

Ryan is also presently defending clients in mass tort litigations relating to sports concussions and hernia mesh devices. He served as co-lead counsel for several pharmaceutical manufacturers in multi-district litigation in the Eastern District of Kentucky captioned In re Darvocet, Darvon and Propoxyphene Products Liability Litigation, and obtained dismissals of every case against the firm’s clients in the pre-discovery phase of the litigation.

Additionally, a substantial portion of Ryan's litigation practice is devoted to personal injury, product liability, and wrongful death actions. He has experience in state and federal courts throughout Ohio and Kentucky and in all aspects of the litigation process, including bench and jury trials, arbitrations, and mediations. Representative examples of personal injury and product liability matters include:

Ryan is a 2012 graduate of the Leadership Northern Kentucky program. One of only 50 members, he was selected on the basis of demonstrated leadership ability, as well as evidence of community interest and commitments. He was recognized as a "Top Local Plaintiff Litigation Star” in Ohio for Personal Injury and Product Liability in the first three editions of Benchmark Plaintiff, and was also named a 2016 Local Litigation Star by Benchmark Litigation.

Ryan received his Bachelor of Arts degree in English, graduating cum laude and Phi Beta Kappa, from the University of Kentucky, and his law degree from the University of Kentucky College of Law, where he was a member of Order of the Coif. In law school, he served as a staff member of the Kentucky Law Journal and had the highest score in his class in trial advocacy. Ryan is admitted to practice in the State of Ohio, the United States District Courts for the Southern and Northern Districts of Ohio, the Commonwealth of Kentucky and the United States District Courts for the Eastern and Western Districts of Kentucky.