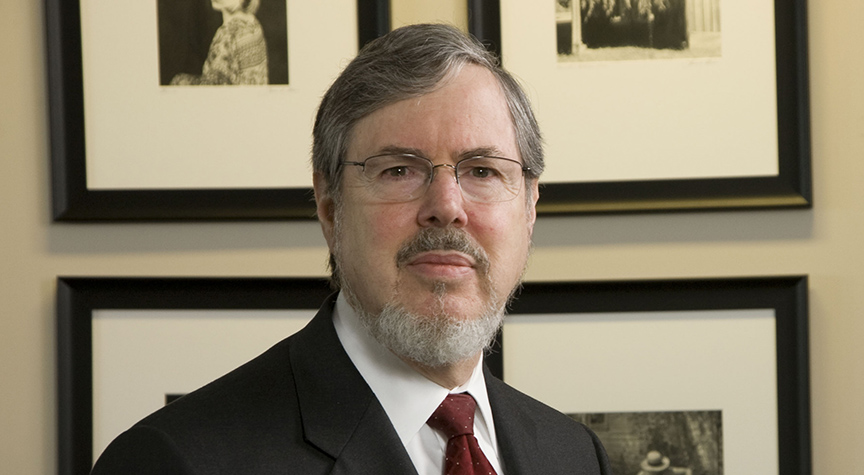 Jim primarily practiced in the areas of securities law, mergers and acquisitions and corporate governance. Before joining Taft in 1996, Jim was the chairperson of the business department of Barnes & Thornburg, where he had been a partner since January 1, 1976. Prior to joining Barnes & Thornburg in 1973, Jim had been law clerk to then Associate Justice William H. Rehnquist, October Term 1972, and before that to Judge John S. Hastings, then Senior Circuit Judge, United States Court of Appeals for the Seventh Circuit, 1970-71. Between his clerkships, he was an associate with Cahill, Gordon & Reindel in New York City.

Jim was one of the architects of the Indiana Business Corporation Law and successfully defended its Control Shares Acquisition Chapter before the United States Supreme Court in CTS Corporation v. Dynamics Corporation of America. He was recognized in the top tier of leading corporate/M&A lawyers in Indiana in Chambers USA: America’s Leading Lawyers for Business from 2003-2019. Best Lawyers of America®, the oldest and most respected peer-review publication in the legal profession, named Jim as the "Indianapolis Securities / Capital Markets Law Lawyer of the Year" for 2015 and the “Indianapolis Corporate Governance Law Lawyer of the Year” for 2012. He has been recognized by Best Lawyers in America® for more than 35 years. In 2014, Jim was recognized by the Indiana Lawyer as a Distinguished Barrister.