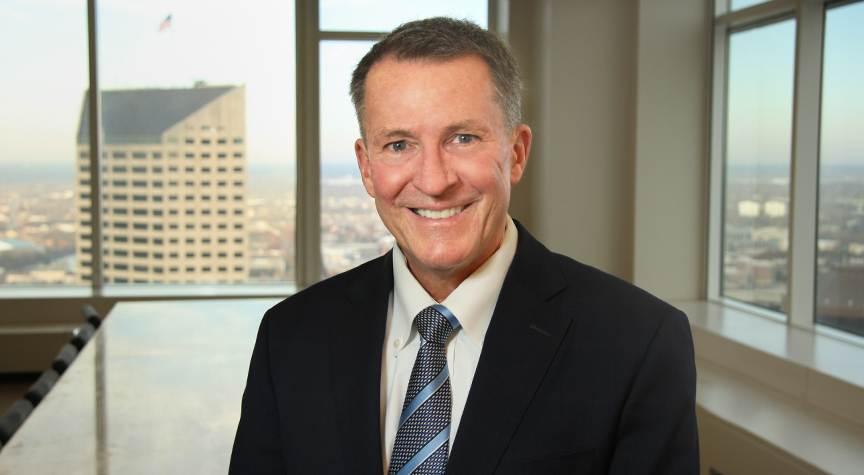 Tom is the past Chair of Litigation Practice Group in Indianapolis, and has substantial experience in class actions and other complex litigation, particularly involving environmental, insurance coverage, takings and securities issues. For over 30 years, he has represented clients in federal and state courts from Indiana to Washington, D.C. He was hired by Indiana's Governor to prosecute the State's environmental civil claims arising from the largest fishkill in Indiana's history.

Tom was the 2019 President of the Indianapolis Bar Association, having served on its Board and as an Officer for many years.

Tom has represented the Indianapolis Colts, and recently prevailed for the Colts in a case before the Seventh Circuit Court of Appeals (Frager v. Indianapolis Colts, Inc., 860 F.3d 583 (7th Cir. 2017)). Tom regularly advises clients regarding environmental and other regulatory matters. Tom also prevailed in one of the first Indiana Supreme Court decisions interpreting the Indiana Underground Storage Tank Statute, decided in 1998.

Tom has represented publicly traded companies in million dollar environmental litigation, and recently prevailed in a $40 million business lawsuit, involving Sherman Act, RLUIPA and Indiana Home Rule claims, to enable the firm's catholic hospital client to construct a major hospital expansion.  He represented one of the country's largest egg producers in a precedent-setting regulatory takings case in the Court of Federal Claims in Washington, D.C., and regularly pursues insurance coverage in connection with environmental contamination claims.

Tom was the primary drafter of Indiana's Environmental Audit Privilege law, and when the bill passed in 1996, Indiana became only the second state in the country to provide litigation protection for companies conducting compliance audits. He was asked to testify in Washington, D.C. to the USEPA subcommittee on the eventual federal policy for self-audits and self-disclosure.