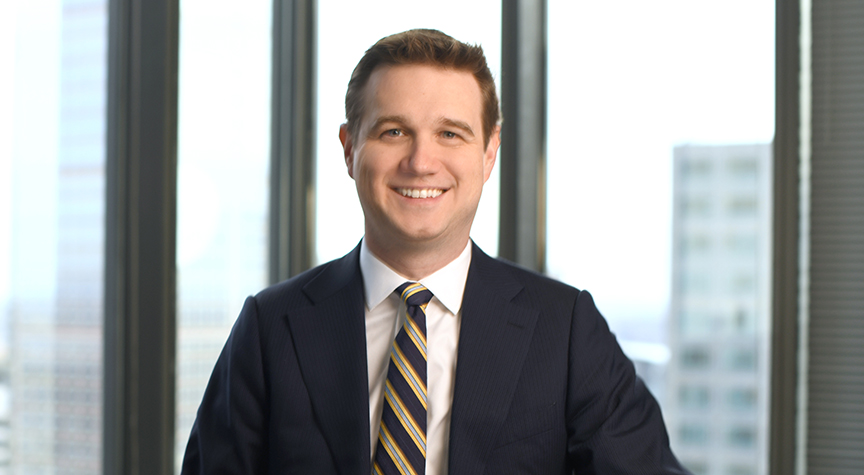 Scott Flaherty is a member of the Intellectual Property group and practices principally in the areas of intellectual property, complex commercial, regulatory, and criminal matters.

Intellectual Property & Technology
Scott is licensed to practice before the U.S. Patent and Trademark office. He has substantial intellectual property, technology, and data law experience before state, federal, and administrative courts, including:

Complex Civil, Regulatory, and Other Matters
Scott has a range of business litigation experience, especially at the intersection of regulatory and criminal laws. Examples include:

Appeals
Scott has substantial experience in state and federal appellate courts. Examples include:

Scott is an active leader in the community. He serves as a trustee on the Mitchell Hamline School of Law Board of Trustees and as a board member and secretary of the Minnesota Supreme Court Historical Society. Formerly, he served on the board of the ACLU-MN, including as chair, and on the board of St. Paul’s Hallie Q. Brown Community Center. Previously, he taught appellate advocacy at the University of St. Thomas Law School.

Scott is the former chair of the Minneapolis Commission on Civil Rights, and a former member of the board of the Eighth Circuit Bar Association and its former newsletter editor.

Before becoming an attorney, Scott worked in the IT department of a bank holding company and then as a researcher studying cellular signaling pathways in mammalian cells.

While in law school, Scott was the executive editor for the Journal of Corporation Law. Following law school he served as a clerk for the Honorable Kevin G. Ross of the Minnesota Court of Appeals.