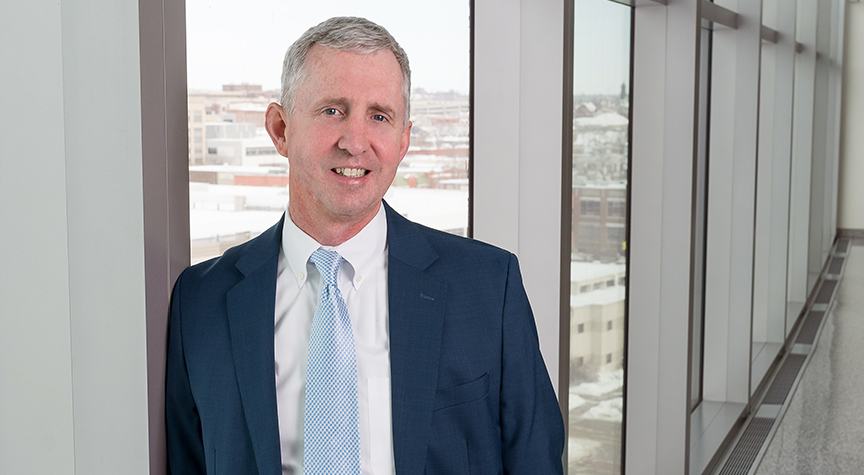 Peter is member of the the firm's Corporate Compliance and White Collar Criminal Defense practice. Prior to joining Taft, he served for 22 years as a federal prosecutor most recently as the United States Attorney for the Northern District of Iowa.

Peter’s career as a federal prosecutor began in 1998 when he joined the Northern District of Iowa’s Sioux City branch office as a Special Assistant United States Attorney employed through the Iowa Attorney General’s Office. He prosecuted methamphetamine manufacturers and traffickers as part of the Midwest High Intensity Drug Trafficking Area’s methamphetamine initiative. In 1999, as an Assistant United States Attorney, he began prosecuting a full range of federal criminal cases from narcotics and violent crime to complex fraud, child sexual exploitation, and business crimes.

From 2004 to 2006, Peter served as an Assistant United States Attorney in Detroit where he prosecuted general criminal matters including alien smuggling, medical device smuggling, and financial fraud. He also successfully tried a Detroit police detective and his brother for bank robbery conspiracy.

After returning to Iowa in 2006, Peter prosecuted the two largest financial fraud cases in the history of the district. These included a $215 million fraud committed by the owner of Peregrine Financial Group, Inc. Peter also co-led the investigation and prosecution of a large-scale criminal immigration enforcement action and the subsequent prosecution of several employer personnel for alien harboring and related offenses. In recent years, he led the investigation and prosecution of Federal Food, Drug, and Cosmetic Act and public corruption crimes related to the largest food-borne salmonella outbreak in the nation’s history.

From 2015 until his confirmation as United States Attorney in Sept. 2017, Peter served as the Chief of the Criminal Division in the Northern District of Iowa.