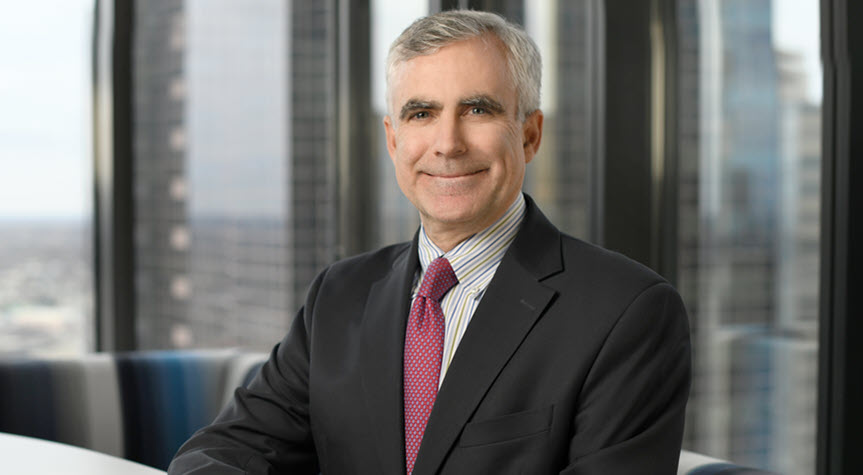 Pat practices principally in the areas of:

Securities, Trust and Estates, Fiduciary Litigation, ERISA
Pat has worked on some of the most significant complex commercial cases to come before state and federal courts. He has built his practice to involve substantial work in securities matters comprising defense of clients in class actions and other securities fraud claims before state and federal courts and closely held shareholder disputes, as well as complex business litigation.

Pat served as defense counsel on class action shareholder securities and ERISA stockdrop claims against Patterson Companies, Inc. and certain of its officers and directors involving alleged violations of the Exchange Act, ERISA and Minnesota statutes in federal district court. The court dismissed all actions after the filing of motions to dismiss. See In Re: Patterson Cos., Inc. Sec., Deriv. & ERISA Litig., 479 F. Supp. 2d 1014 (D. Minn. 2007). He has also defended a number of broker-dealers in securities arbitrations before the Financial Industry Regulatory Authority or FINRA involving claims of securities fraud, breach of fiduciary duty, selling away and negligence.

Among his experience, Pat participated in the successful defense of billion-dollar breach of fiduciary duty claims against a Minnesota trust company, where, after a 10-week trial and appeal, dismissal and recovery of attorneys fees was awarded to the client. In 2006, Pat argued another case, Cooper Industries v. PepsiAmericas Inc., involving $30-million breach of fiduciary claims against a trustee and beneficiary in Illinois state court, which also resulted in dismissal of the claims.

From 2003 to 2005, Pat was lead defense counsel on a $110-million shareholder class action suit involving claims of breach of fiduciary duty/securities fraud against the chairman of the board, president, general counsel and six senior officers challenging an $820-million merger. The client received summary judgment for three of nine officers and settled the case.

As co-counsel, Pat obtained summary judgment on a $38-million claim in a New Jersey federal court involving a dispute over the enforceability of a letter of intent to form a joint venture.

In 2000, Pat co-led a team in defense of a $200-million destruction of distributorship claim through a two-week trial that involved complex aspects of bankruptcy law, trade secrets and application of the Uniform Commercial Code (UCC) in Philadelphia Federal Court.

Antitrust
Pat has worked on numerous antitrust cases and matters, including an NFL case invoking the labor exemption to the antitrust laws; defense of a predatory pricing lawsuit against a Minnesota construction supplier; successfully averting a challenge to a hospital merger, posed by the State of Minnesota; responding to second requests from the U.S. Department of Justice in both the health care and dairy cooperative industries; and defense of multiple indirect purchaser price fixing lawsuits.

Pat served as President of the Minnesota Chapter of the Federal Bar Association from 1997-1998. He served as law clerk for The Honorable David S. Doty in the United States District Court for the District of Minnesota from 1988-1990.