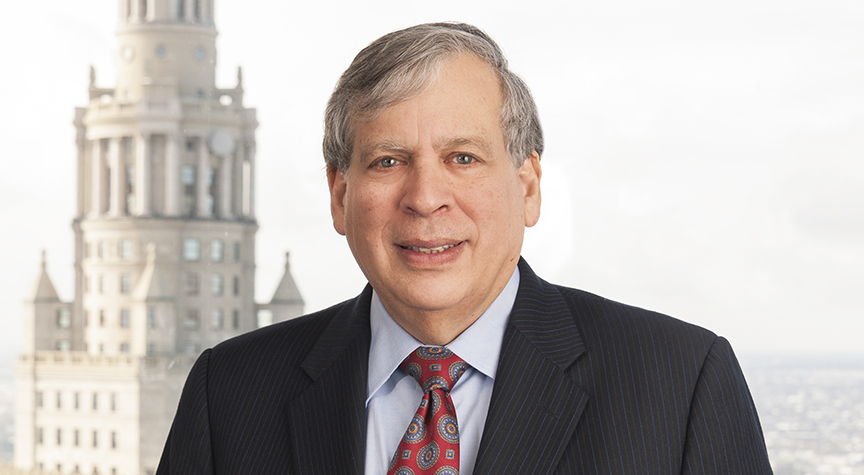 Michael's strong background in science, mathematics, and engineering, as well as litigation, enables him to provide targeted litigation and dispute resolution services and legal advice to technology companies and other businesses facing technology-related legal issues.

Michael's Bachelor of Science degree in Engineering from Case Institute of Technology of Case Western Reserve University concentrated in solid-state physics, semi-conductor technology, and applied mathematics. He chaired from 1993 to 1999 and served on the University's Visiting Committee for the Case School of Engineering. He is a member of the Case Advisory Board, and was a member for the Dean Search Committee for the Case School of Engineering in 1996-1997 and in 2006. In 1983, he founded the Computer Law Institute of the Cleveland Bar Association.

Michael's practice encompasses all aspects of intellectual property, trade secret, and computer-related law issues, including buying, selling, developing, and licensing hardware, software and other technology. He has litigated technology and computer-related matters before numerous courts and arbitration panels.

He has also represented clients and tried cases involving engineering design, anti-trust, trademark, contract, construction, mining, environmental regulation, banking and surety, civil rights, zoning and real property matters. Michael was successful as defense counsel in the nationally prominent case of U.S. v. Shafer (the Kent State-National Guard criminal trial) in 1974. He practices nationally, and has appeared before the U.S. Courts of Appeal for the Sixth, Tenth, Eleventh, and Federal Circuits and the U.S. Supreme Court.

Michael was elected a Fellow of the College of Commercial Arbitrators (CCA) in 2015. He was appointed in 2012 to the panel of international arbitrators for the International Centre for Dispute Resolution (ICDR), the international division of the American Arbitration Association. Michael was named a Fellow of the Chartered Institute of Arbitrators (CIArb) (London, England). The Institute is an international center of excellence for the practice and profession of alternative dispute resolution (ADR). He was named to the Silicon Valley Arbitration & Mediation Center (SVAMC) 2020 List of the World’s Leading Technology Neutrals.

Michael also chaired the Cleveland Bar's Judicial Selection Committee. He serves on the Computer Software Committees of the American Bar Association's Patent, Trademark and Copyright Section, the Science & Technology Information Security Committee, and on the Technology Committees for the Ohio State and Cleveland Bar Associations. He also serves on the ABA Litigation Section's Computer Litigation, Pretrial Discovery and Trial Practice Committees. Michael is also a Master Bencher in the John M. Manos Inn of Court.

He has represented litigants and served as panel chair, panel member and sole arbitrator in numerous sophisticated technology and business arbitration proceedings as well as serving as a mediator for complex technology disputes. Michael has argued multiple cases in several Ohio courts of appeals and the U.S. Court of Appeals for the 6th Circuit. He is a member of the CPR’s Panel of Distinguished Neutrals, the CPR’s E-Discovery Panel and is a member of the Large Complex Commercial Case, Technology & IP, and Domain Name Dispute Panels of the American Arbitration Association. Michael is also a board member of the Silicon Valley Arbitration and Mediation Center. He served on the Board of Trustees of the Cleveland Metropolitan Bar Association from 2010 - 2013 and is also a member of its Certified Grievance Committee. He is chair of the CMBA Courts Rules Committee (2012 - 2013) and is the past Chair of the CMBA Alternative Dispute Resolution Committee.

Michael has been listed each year in The Best Lawyers in America since 2006 for Arbitration, Commercial Litigation, International Arbitration - Governmental, Litigation - Intellectual Property, and Mediation.