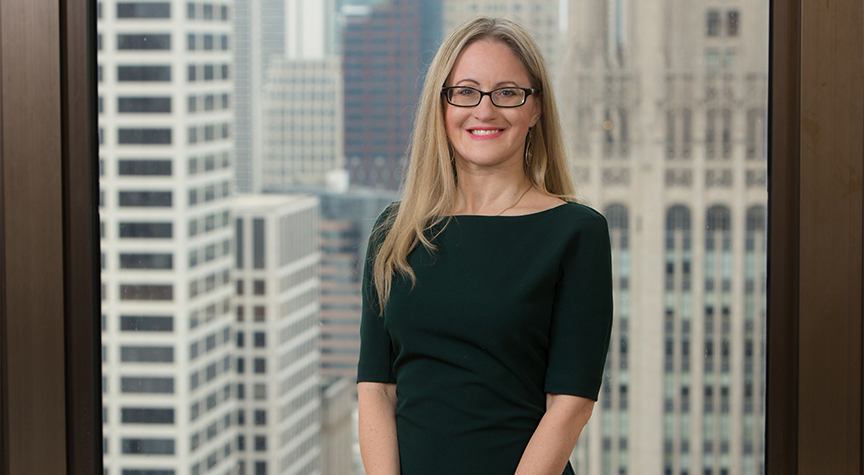 Kim has defended the City of Chicago and the Chicago Police Department in multiple class actions alleging due process violations based on the purported deprivation of money and other personal property. She has achieved successful resolutions of these cases at the district court level, involving issues which have been appealed and affirmed by the United States Supreme Court.

Kim has also represented the Chicago Park District against opponents of the relocation of the Chicago Children’s Museum from Navy Pier to Grant Park. She successfully defended the Park District’s position at both the circuit court and appellate court levels, taking on legal precedent from the 1800’s concerning Chicago’s Lakefront.

Kim is a pioneer in Illinois video gaming litigation, setting the industry precedent in the area of the enforceability of pre-licensure contracts between video terminal operators and establishments. She also represents Chicago’s premier financial institutions in various litigation matters relating to bank practices and owned real estate.

Kim received the 2018 International Advisory Experts Award: Commercial Litigation Lawyer of the Year in Illinois. She was named to the Corporate America Legal Elite for 2015 by Corporate America News magazine with the Award for Innovation in Shareholder Dispute Resolution and Best for Business Torts – Illinois. Kim was also named a Rising Star by Illinois Super Lawyers in the category of Business Litigation in 2013 and 2014. She was named the 2011-2012 Professional Woman of the Year by the National Association of Professional Women.