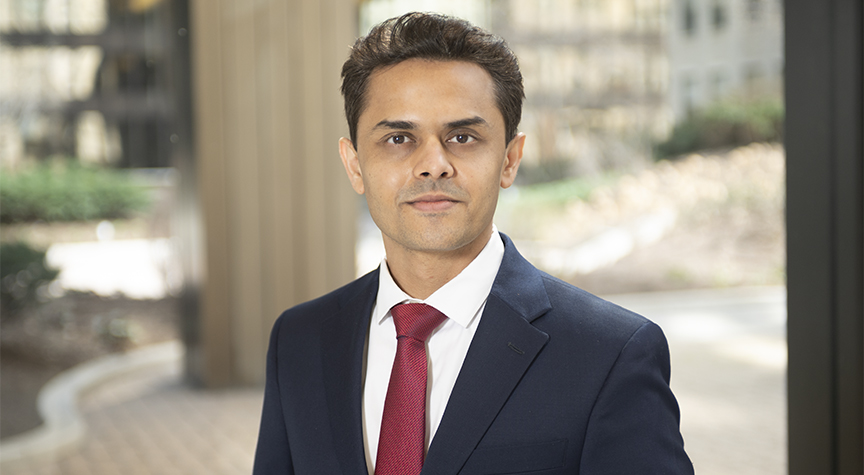 Jaimin has argued motions and Markman hearings; deposed inventors and experts; crafted persuasive briefs and spearheaded discovery disputes; and independently identified and developed positions in litigation. He brings a lot of energy and out-of-the-box thinking to each matter, going above and beyond on each task to make significant inroads in the case in alignment with client goals.

Some of his representative trademark litigation experience includes:

Jaimin brings depth and maturity to his litigation practice due, in part, to his prior in-house experience, where he gained first-hand knowledge in litigation strategy and the business realities that inform company decisions.

Jaimin served as a judicial extern for the Hon. James F. Holderman and the Hon. Virginia M. Kendall in the U.S. District Court for the Northern District of Illinois. That experience enabled him to build priceless “behind the bench” perspectives on how judges decide cases.

Pro Bono
As part of his effort to pay it forward, Jaimin represented a middle school student in a contentious expulsion matter.  Jaimin conducted an evidentiary hearing in front of the Board of Education, which resulted in a settlement under which terms the student was able to return to school and graduate.