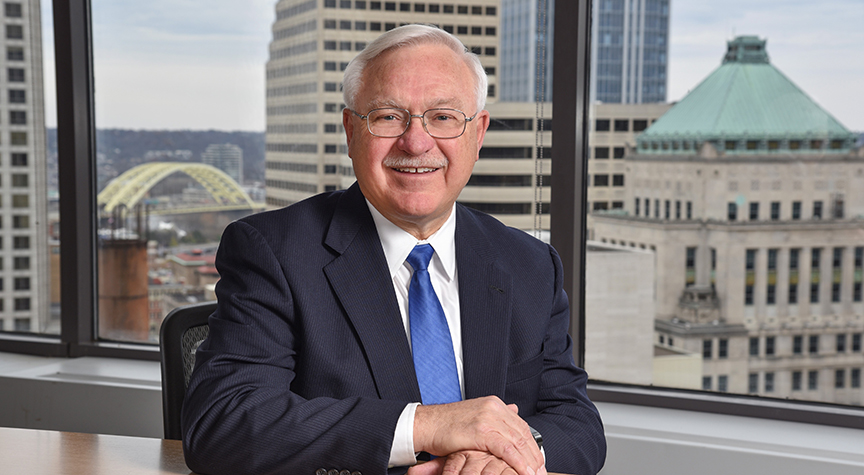 Ed practices primarily in the areas of real estate, health care, and general corporate law. He has been an attorney in Taft's business and finance groups since 1976. During his tenure at Taft, Ed has served on the Executive Committee and numerous other committees, as well as being chair of the real estate and business and finance groups, and as the Taft Cincinnati office partner-in-charge.

After receiving his undergraduate degree from Bluffton University, Ed attended the University of Oregon and later received his law degree from Harvard Law School. He is currently a Director of Messer, Inc., Messer Construction Company, and Saturday Knight Ltd. Ed also serves as a Board Member of The Austin E. Knowlton Foundation Inc., the Dan Beard Council, Boy Scouts of America (previously serving as chair of the Board), REDI Cincinnati, Ten Thousand Villages, Ten Thousand Villages of Cincinnati, Inc. (formerly serving as board chair), and Mennonite Central Committee (as well as treasurer). He has also served as the board chair of Cincinnati Museum Center and Downtown Cincinnati, Inc. For many years, Ed served on the board and as board chair of Bluffton University. From 2007 until 2011, he served as vice-moderator and then moderator of the Mennonite Church USA. Ed also served on the boards of the Mennonite Education Agency (as vice chair), Family Service (as chair), and the Family Service Foundation Board (as chair).

In 2002, Ed received an Honorary Doctorate Degree from his alma mater, Bluffton University, after completing 22 years on the university’s board of trustees, 11 of those years as chair. In  2006, he was awarded the Silver Beaver Award by the Dan Beard Council/Boy Scouts of America, and in 2016, Ed was recognized by the Ohio Foundation of Independent Colleges (OFIC) as the 2016 recipient of the Earl F. Morris Trustee Award recognizing an outstanding trustee serving one of its institutions who has provided exceptional leadership and institutional support in that role. Ed was named the Southwest Ohio region's Lawyer of the Year in Real Estate Law for the 2009 edition of The Best Lawyers in America, and has been listed in the publication for more than 30 years. He was listed in Chambers USA, and has been included among the 100 Ohio Super Lawyers listings. For a number of years, Ed has been included on the Cincy Magazine Power 100 List, the annual listing of the TriState's most influential leaders in business and politics.