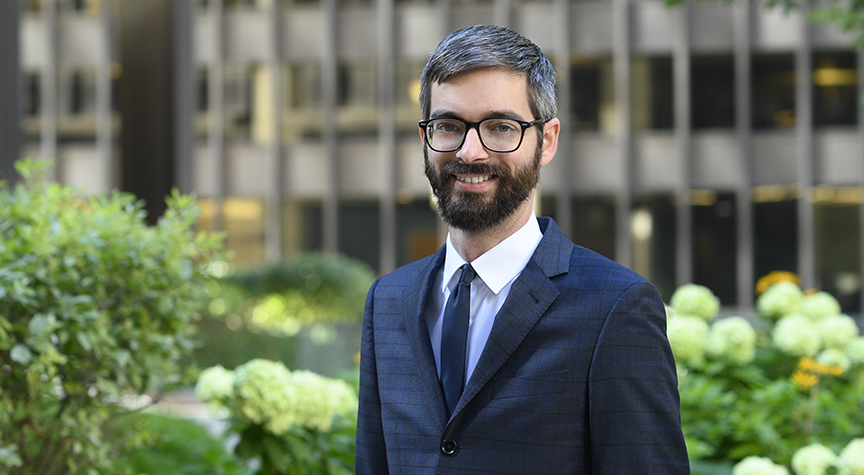 A member of Taft’s Employment and Labor Relations, Litigation, and Appellate groups, Andrew represents clients in a wide variety of complex legal disputes in all stages of litigation in state and federal courts.

Particularly noteworthy among Andrew’s litigation successes was the key role he played in helping to free Taft’s pro bono client Walter Hill from jail after seven years of wrongful incarceration for an aggravated kidnapping and murder he could not have committed. The Illinois Appellate Court—First District appointed Andrew and another Taft lawyer to represent Mr. Hill in the direct appeal from the jury’s guilty verdicts at Mr. Hill’s first trial. Andrew successfully argued the appeal, earning Mr. Hill a remand for new trial based on an evidentiary error. Andrew and a third Taft lawyer then represented Mr. Hill at his second trial, demonstrating to the jury during a four-day trial that Mr. Hill could not have been anywhere near the scene of the murder when it occurred. The jury returned a not guilty verdict on both counts in just three hours.

Andrew’s practice is informed by his extensive experience clerking for federal judges at both the district court and court of appeals levels. Prior to joining Taft, Andrew served as a chambers clerk for a judge of the United States District Court for the Western District of Texas and then as a staff law clerk for the United States Court of Appeals for the Seventh Circuit. In the latter capacity, Andrew worked directly with every Seventh Circuit judge who was on the bench from 2015 to 2018 — including former Judge Richard A. Posner and now-Justice Amy Coney Barrett.