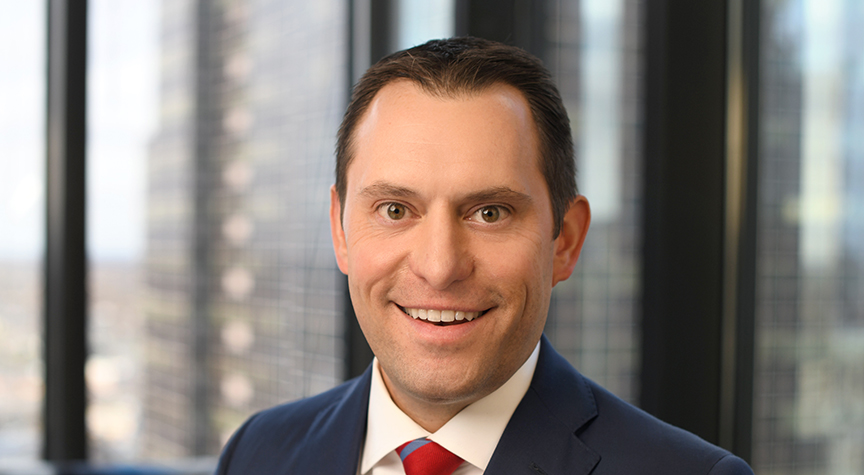 Aaron is a partner in Taft's Commercial Litigation practice and serves as the Minneapolis group chair. He represents a broad range of corporate clients in all manners and phases of high-stakes and complex commercial litigation, from pre-trial motion practice through trials and appeals. As part of his litigation practice, Aaron has successfully handled a variety of significant matters involving federal securities and derivative suits, corporate governance and shareholder disputes, employment and trade secret claims and litigation arising from large commercial transactions and leases.

While Aaron is a seasoned litigator with a proven track record of success inside the courtroom, his principal focus is on serving as a trusted business advisor to his clients.  In every matter that Aaron handles, he works closely with his clients to tailor winning strategies aimed at achieving their existing and future business goals. As a business counselor, Aaron has guided and spearheaded internal investigations and worked hand-in-hand with his clients to improve internal controls and develop and implement corporate policies and procedures directed at mitigating future risk and liability while maximizing the clients’ prospects for long term growth and success.

Aaron was recognized as an Attorney of the Year by Minnesota Lawyer magazine in 2018 and has been named a Minnesota Rising Star by Minnesota Super Lawyers in each of the last seven years, a North Star Lawyer by the Minnesota State Bar Association and one of “America’s Top 100 Bet-the-Company Litigators.”

While in law school, Aaron was an assistant editor for the William Mitchell Law Review and an executive editor for the Journal of the National Security Forum. Aaron was also champion of the William Mitchell Corporate Appellate Moot Court Competition, a national quarter-finalist in the Ruby R. Vale Inter-School Moot Court Competition, a Burton Legal Writing Award Nominee for best motion practice memorandum and a research assistant to Professor A. John Radsan.

Aaron also has significant experience navigating the many legal issues affecting religious organizations. Over the past several years, Aaron has worked with other members of his commercial litigation team to develop and coordinate state-of-the art, step-by-step processes and procedures for efficiently and effectively: identifying and investigating clergy abuse; working with key Church governance councils; developing and implementing crisis management and media strategies; creating and adopting innovative and leading child protection policies and protocols; and successfully representing an archdiocese in all manner of high-stakes legal proceedings, achieving unprecedented results in the process. His current and representative work includes: