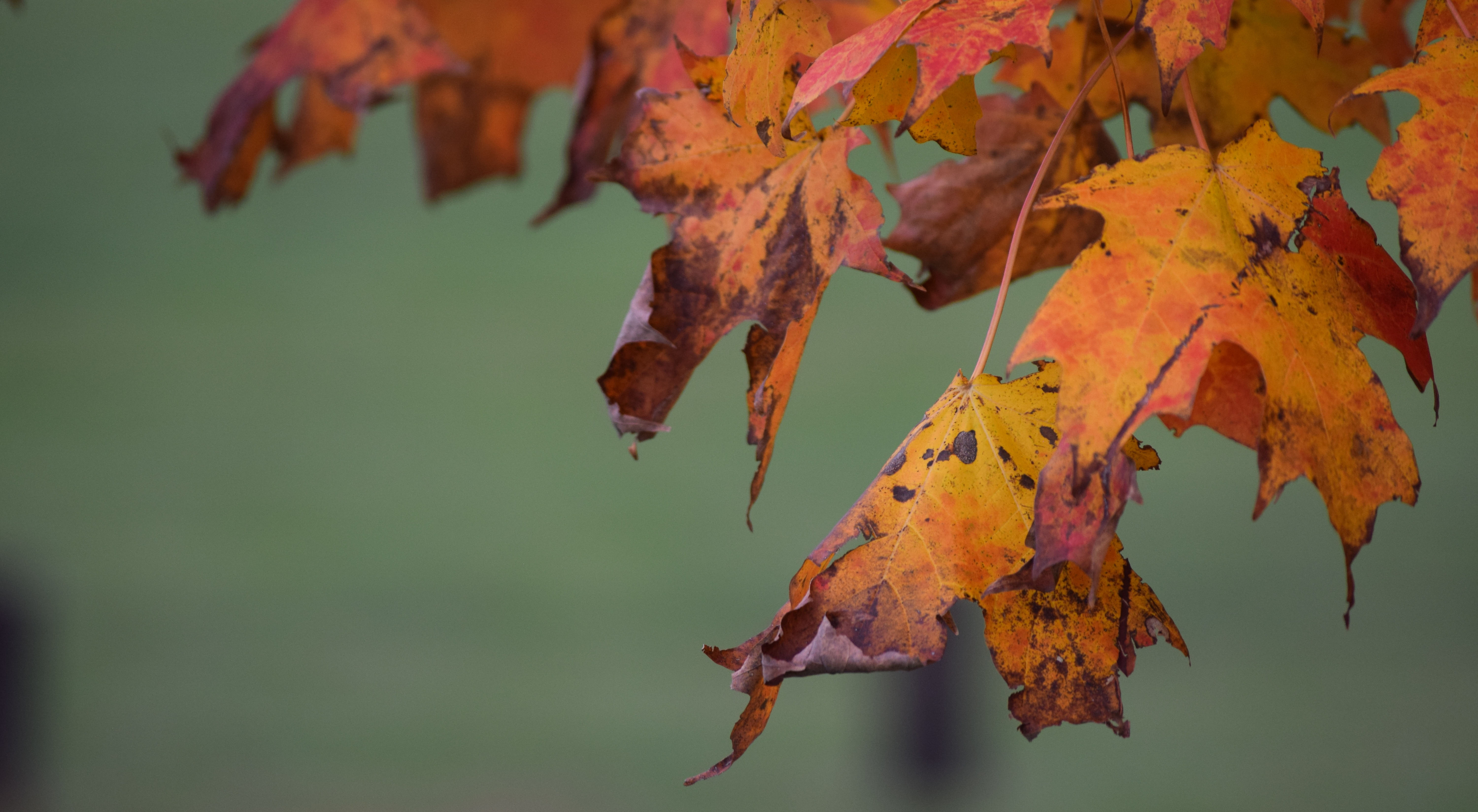 Elon Musk’s decision to lay down his sword and purchase Twitter allowed the Delaware Court of Chancery to resume its work out of the national spotlight. While we miss out on learning if the Court of Chancery would compel specific performance and order the world’s richest man to pay $44 billion for a company he ostensibly didn’t want, the court continued to issue many important decisions in October, highlighted below:

The defendants hired Jung to be the Chief Marketing Officer of a tequila-importing business. The defendants also gave Jung a 2% ownership interest in the underlying limited liability company (LLC). The defendants terminated Jung’s contract six months later but never bought out her 2% ownership interest. The LLC’s members later caused their Delaware company to acquire 100% of the LLC’s interests. Jung sued the members, the LLC, and the Delaware company for breach of contract and breach of fiduciary duties.

The defendants moved to dismiss Jung’s fiduciary-duty claims. First, the defendants argued the LLC was manager-managed and, thus, the LLC members did not individually owe her fiduciary duties. Members of a manager-managed LLC do not typically owe fiduciary duties. The court analyzed the LLC’s operating agreement. The operating agreement appointed a person as manager, but only afforded that person the power to sign checks. The court concluded the LLC’s operating agreement otherwise vested the members with all management responsibility. The court allowed Jung’s claims against the members to proceed. Second, the court dismissed Jung’s claims against the LLC because the company itself owed her no fiduciary duties. And third, the court found the members’ Delaware company could have plausibly aided and abetted the fiduciary-duty breach, so that claim survived.

Key Takeaway: A threshold question for many LLCs is whether they are member-managed or manager-managed. Founders wanting to insulate themselves from fiduciary-duty claims must clearly vest the LLC’s management with a manager in the operating agreement. Otherwise, members remain exposed to fiduciary-duty claims in Delaware.

Appraisal proceedings give stockholders dissenting from a merger the opportunity to receive a judicially determined fair value for their shares of the company. In this case, the plaintiff challenged a short-form merger under 8 Del. C. § 253 where its stock was canceled and converted into the right to receive merger consideration of $2,963 per share. The plaintiff filed a lawsuit challenging that valuation.

Both parties agreed that the plaintiff’s shares should be valued exclusively using a discounted cash flow approach, which analyzes the value of a company as equal to the present value of its projected future cash flows. However, the parties’ experts sharply disagreed over the inputs to the discounted-cash-flow (DCF) model and how they should be calculated. The experts' valuations ranged from $5,000/share to over $30,000/share. In a dense, 86-page opinion, the court analyzed all relevant factors focused on (a) an estimate of future cash flows, (b) the discount rate, (c) the future cash flow’s terminal value, and (d) costs and interest.

The court concluded that the plaintiff’s per share fair value was $11,464.57 as of the valuation date. The plaintiff was awarded $1.7 million.

Key Takeaway: The opinion is a must-read for any business or consulting expert utilizing DCF for purposes of valuation. The plaintiff’s wager that it was underpaid and the decision to challenge the appraisal yielded it an additional $8,500/share value.

Atlantic NWI and REDCO formed a joint venture (JV) to pursue real estate investment opportunities. Atlantic NWI later discovered that REDCO was competing with the JV by offering investment opportunities to Carlyle in ways that breached REDCO’s contractual and fiduciary duties. Atlantic NWI settled its claims against REDCO, then asserted third-party claims against Carlyle for (a) tortious interference with the JV’s LLC agreement and (b) aiding and abetting REDCO’s breach of fiduciary duty.

Vice Chancellor Glasscock’s decision illustrates that the differences in two related claims often plead together in similar circumstances. Atlantic NWI’s tortious interference claim required Carlyle’s knowing interference with a contractual right. The court found this allegation was adequately pled in light of the plaintiff-friendly inferences available at the motion to dismiss phase. Atlantic NWI’s equitable claim for aiding and abetting required Carlyle’s knowing assistance in REDCO’s breach of a fiduciary duty, “with a specific pleading of facts indicating the required scienter.” The court found Atlantic NWI could not make sufficient non-conclusory allegations of fact from which the court could infer Carlyle’s knowledge of REDCO’s fiduciary duties and dismissed the aiding and abetting claim.

Key Takeaway: Tortious interference with contract claims need only allege generally that a defendant acted with a specific state of mind, such as knowledge. Aiding and abetting claims requires a heightened scienter pleading, with the burden on the plaintiff to plead “specific facts from which [the] court could reasonably infer” that the defendant had “actual or constructive knowledge” of its participation in the specified breach.

▪ Court of Chancery Has Jurisdiction Over Officers, Directors, and De Facto Managers in SPAC Merger Transaction

P3 Health Group Holdings (P3 Health) was a privately held Delaware LLC that engaged in the business of population health care management. P3 Health was a portfolio company controlled by a private equity firm, Chicago Pacific. Hudson Vegas Investment SPV (Hudson Vegas) was a minority investor in P3 Health. P3 Health merged with a special purpose acquisition company (SPAC) in the summer of 2021 – a transaction challenged by Hudson Vegas. Hudson Vegas sued for breach of fiduciary duty, naming various corporate officers, directors, and private equity principals. In a series of separate opinions, the court found Delaware had jurisdiction over each:

Kodiak was a Delaware LLC. Kodiak owned several companies in the construction industry specializing in lumber and building materials, roof trusses, wall board, construction supplies, and kitchen interiors. Kodiak acquired a roofing company managed by Adams. Adams agreed to a restrictive covenant as part of the purchase. Adams promised not to compete with any of Kodiak’s portfolio companies within the states of Washington or Idaho or within a 100-mile radius of any other Kodiak company location. Adams also promised not to solicit any of Kodiak’s portfolio companies’ prospective clients or customers. Adams later accepted employment with a Kodiak competitor, and Kodiak filed suit to block his competitive activity.

Kodiak argued Adams’ restrictive covenant was reasonable because it had a legitimate interest not only in Adams’ company’s goodwill but also that of Kodiak and its other portfolio companies. The court rejected this argument. It held that an “acquirer’s valid concerns about monetizing its purchase do not support restricting the target’s employees from competing in other industries in which the acquirer also happened to invest.”

Key Takeaway: Restrictive covenants must be tailored to protect a buyer’s legitimate business interest in the purchased company or assets, not a buyer’s pre-existing business or assets.

Taft’s M&A Litigation team will be hosting a webinar on Dec. 14, 2022, to discuss the year’s most significant M&A developments. One hour of free CLE will be provided.