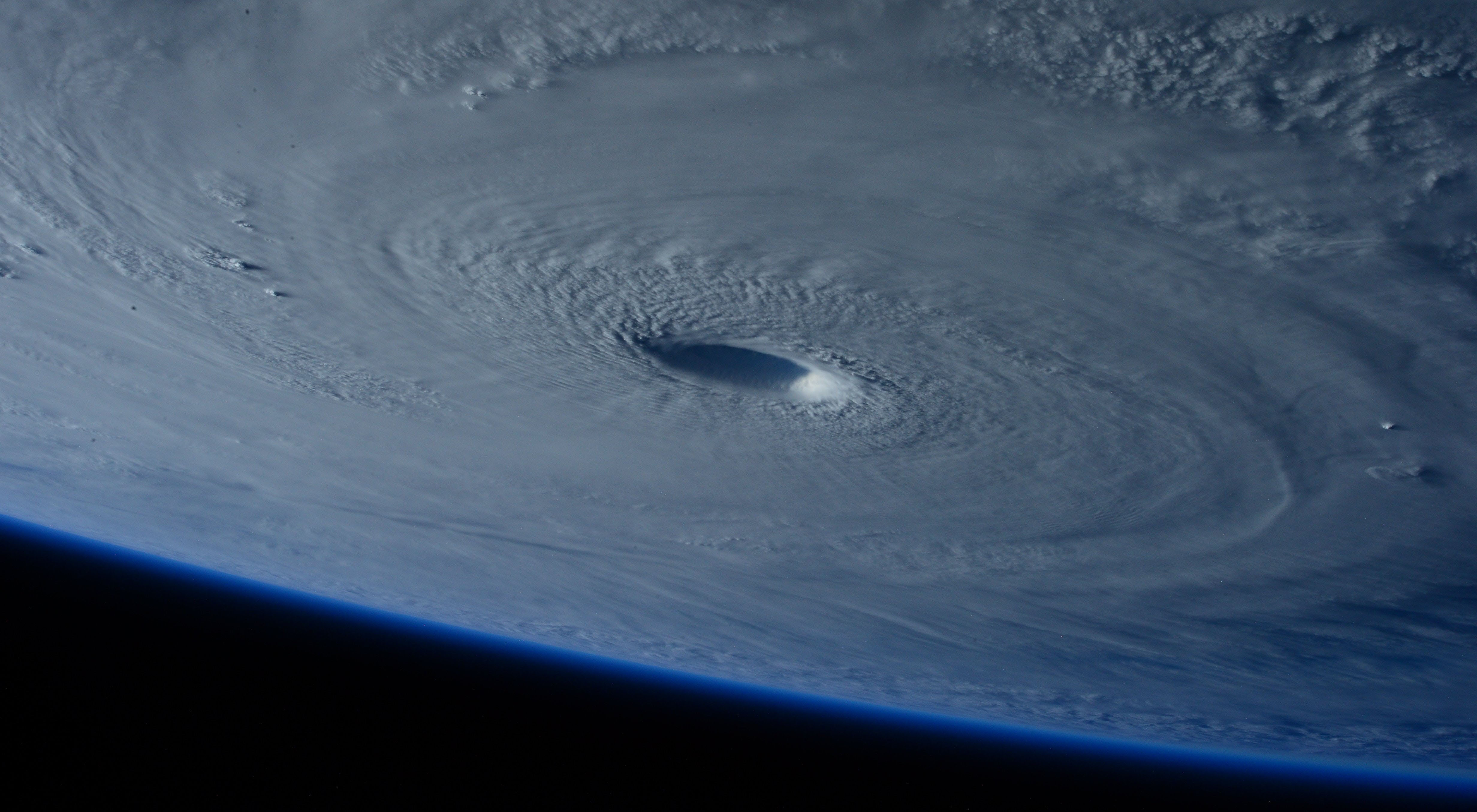 Companies directly impacted by Hurricane Ian can look to their commercial property insurance policies to cover their property damage, lost income, continuing expenses like rent and wages, and extra expenses incurred to mitigate their losses, such as the cost to rent alternative space while their property undergoes repairs.

Companies that are not directly impacted by the hurricane can look to their commercial property insurance policies to cover lost income and extra expenses suffered as a result of the hurricane’s damage to their suppliers and distributors.

The coverages to look for are described below, but remember the devil is in the details. You need to make sure you properly document your losses attributed to the hurricane or your insurer will deny your claim. A short call to a coverage attorney can help you set up a system to document and prove your losses.

Business interruption insurance is designed to cover your company’s lost profits and certain continuing expenses following a covered loss. For example, if your business was damaged and had to remain closed for several weeks during repairs, your business interruption coverage would pay you for your lost earnings and for certain continuing expenses, such as rent and employee wages, until you can reopen for business.

The terms “insured property” at “insured premises” are usually defined in the policy. “Insured premises” is often defined by address, but in some cases, this may include real and personal property used, leased, or controlled by the insured. This language comes into play if your company has employees or contractors working at a building that was damaged or closed as a result of Hurricane Ian. In that circumstance, you can recover your lost income and continuing wages while your client’s property undergoes repairs.

This language was tested when a janitorial and building maintenance contractor servicing the World Trade Center towers was unable to work because the towers were destroyed in the terrorist attack of Sept. 11, 2001. In that case, the policy defined “insured property” to include “the interest of Insured in all real and personal property owned, controlled, used, leased or intended for use by the Insured.” The insurer argued there was no coverage because the contractor’s headquarters was elsewhere and was undamaged. The court disagreed that found that the insured “used” the World Trade Center towers sufficiently to trigger coverage.1 Arguments like this may help service providers obtain business interruption coverage even though they still have full access to their own offices.

Courts often require that policyholders demonstrate their lost profits to a reasonable degree of certainty.2 This standard is not as daunting as it sounds. Usually, policyholders work with forensic accountants and attorneys to prepare and document this portion of the claim. However, even experts can be hampered by a policyholder’s failure to properly document the reason for a particular action or cost having been incurred during the middle of a crisis. This is particularly true when a company continues to operate, but at a reduced degree. For instance, if your company’s records only show that you were unable to fill orders because of “maintenance” issues, your insurer will quickly deny your claims because they won’t know whether the loss resulted from a regular maintenance issue or from something caused by the hurricane. Depending on your type of business, it may be worthwhile to examine your business processes to assess whether changes need to be made to ensure full documentation of your losses. Documentation of other decisions related to choices made in connection with the crisis can be extremely helpful.

Contingent business interruption insurance covers loss of earnings and certain continuing expenses resulting from a covered cause of loss to premises of third parties, such as key suppliers or distributors for your products and services. For example, if your key supplier’s or distributor’s building was closed as a result of storm damage, your contingent business interruption insurance could be triggered. The coverage would pay for the added cost to get replacement goods, for instance.

Like business interruption coverage, this type of coverage often requires “direct physical loss or damage” to the third party premises. Another variant of this coverage covers losses due to the closure of something on which the business is dependent. For instance, many shopping malls have coverage that is triggered when a key business at the mall is suddenly closed and undergoes repairs.

Documenting the reason for the third party’s inability to perform can be challenging. So, it is important to retain documentation received from the third party — and in some cases to affirmatively and timely request it — to be sure it is possible to support the claim.

Civil authority coverage covers loss of earnings and certain continuing expenses when a civil authority prohibits access to, ingress to, or egress from your place of business because of a covered cause of loss. For example, if the mayor or police chief closes all access to the street needed to access your building because of flooding, this would trigger the coverage.

Many policies require direct physical loss or damage to property, other than the insured property, caused by a covered cause of loss, within a certain distance of your place of business (e.g., within one mile of the insured property), and have time limits for when the coverage begins (e.g., 12 to 72 hours after the order prohibiting access) and when the coverage ends (e.g., three to six weeks after the order was issued).

Given the typical requirements of this coverage, an order documenting prohibited access to, ingress to, or egress from an insured’s premises, can be critical. Obtain copies of any formal order. These are often available on government websites now and may be more difficult to find later. Keep copies of newspaper articles and similar media.

Some kinds of extra expenses, such as renting a new building while your main business premises are restored, are easy to identify. But that is not true for all expenses that may qualify for coverage. For instance, if the claim includes cleaning expenses, the insurer may claim the cleaning would have been done anyway. While it can be possible after the fact to explain how this cleaning was more extensive or wholly additional, it is far better to document the need contemporaneously. In fact, among the first recommendations forensic accountants make is to establish specific general ledger of accounts or subaccounts to track all expenses associated with the crisis and establish processes to retain documentation supporting the expenses and reasons they are incurred. This ensures that the documentation remains accessible.

E. Coverage For Calculating Your Losses

Some policies provide coverage for claim preparation costs and crisis management costs. Claim preparation costs typically include professional fees incurred to prove the cause of a loss and the amount of the loss, such as forensic accountants and, in some cases, lawyers. Crisis management costs, most typically found in directors and officers (D&O) and cyber liability policies, can cover fees to hire a crisis management firm. Both are often subject to low sub-limits but are nevertheless worth including in any claim where policy language permits.

Examples of Recoveries Under The Additional Coverages

In the summer of 1993, the Mississippi River flooded, affecting nine Midwestern states and leading to $6.5 billion in crop damages. As a result of the flood, Archer Daniels Midland Company and its subsidiaries (ADM) suffered extra expenses and lost income because of increased transportation and raw material costs. The insurers paid $11 million for losses, but denied another $44 million in claims leading to a lawsuit. The policy covered extra expense “sustained by the insured as a result of direct physical damage caused by the perils insured against under this policy and not excluded elsewhere in this form….” Because ADM’s facilities were not damaged in the flood, the insurers denied the extra expense claim. The trial court and court of appeals rejected the insurers’ arguments because there was no language in the policy requiring that the policyholder suffer property damage to its property as a precondition to coverage. Likewise, the policy covered “loss of earnings and necessary extra expense resulting from necessary interruption of business of the insured caused by damage to or destruction of real or personal property, by the perils insured against under the policy, of any supplier of goods or services which results in the inability of such supplier to supply an insured location.” The insurers argued that because ADM had contracts with grain dealers as opposed to the actual farmers whose crops were damaged, there was no coverage. The trial court and court of appeals rejected this argument because there was no language in the policy that required privity of contract with the suppliers. In the end, ADM was able to recover its losses.

Even if your company is not presently able to fully document its losses as required under your insurance policies, it is important to provide prompt notice of a claim because some policies require prompt notice as a precondition to coverage. Don’t miss what may be your only opportunity to recover your losses by failing to provide timely notice.

Taft’s Insurance Recovery Practice has represented clients in recovering property damage, lost earnings, certain continuing expenses, and extra expense claims from other disasters, including fires, floods, tornadoes, and hurricanes, including Hurricane Irma. Coverage determinations turn on the specific terms, conditions, and exclusions of the policies and controlling state law, which is why it is so important for corporate counsel to work with experienced attorneys in assessing their insurance recovery ability.