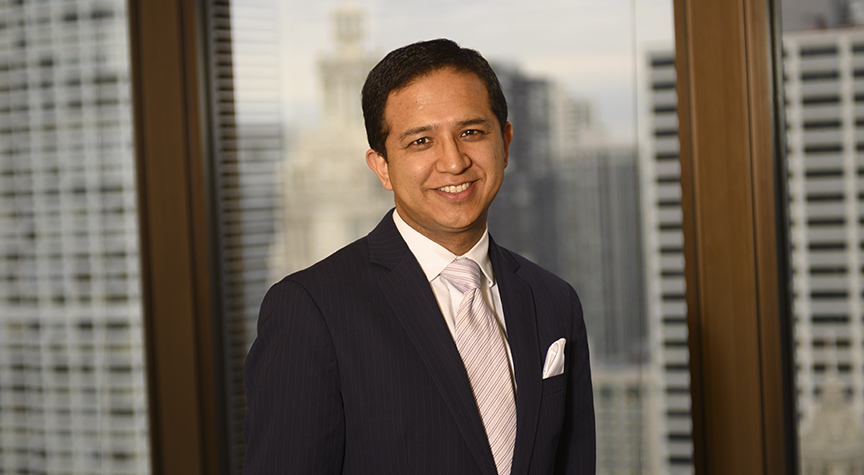 Prior to joining Taft, Roshan was an associate at Leydig, Voit and Mayer, Ltd., a prominent IP boutique in Chicago. Before practicing law, he was a research scientist at Los Alamos National Laboratory in New Mexico, where his investigation on materials for hydrogen storage technology received a patent. His work received grant funding from the National Science Foundation, Department of Energy and NASA.

Since 2014, Roshan has been recognized as a Rising Star by Illinois Super Lawyers. He has also been named an Emerging Lawyer by Leading Lawyers Network. Roshan was named one of the “40 Illinois Attorneys Under 40 to Watch” for 2016 by Law Bulletin, publishers of Chicago Lawyer magazine and the Chicago Daily Law Bulletin. He volunteers at various Chicago non-profits and has served in the board of directors for Apna Ghar – Our Home, a Chicago non-profit that provides holistic services and conducts advocacy across immigrant communities to end gender violence.