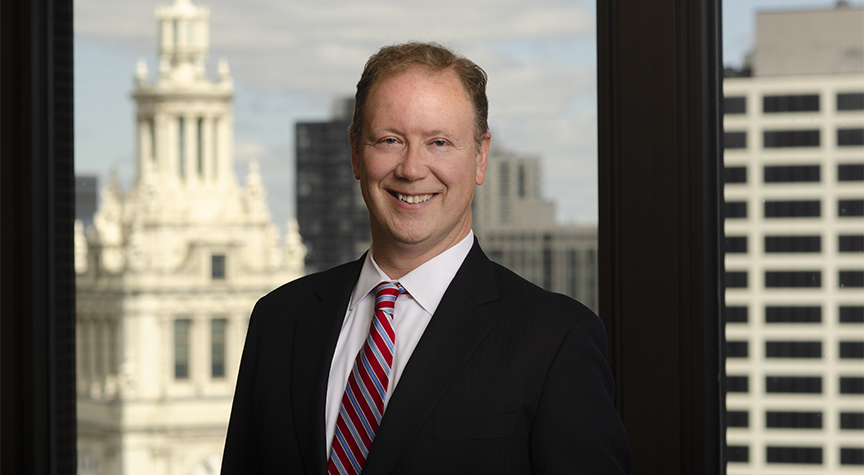 When clients are faced with challenging and critical legal issues, they turn to Michael for his deep experience in both the trial and appellate courts. He joined the firm in 1999 after practicing for several years in the City of Chicago’s Department of Law and in the private sector. Michael applies a hands-on and strategic approach to all of his cases—always asking: what is our objective and how can we work to effectively and efficiently accomplish our goals? His chessboard-style approach builds upon thoughtful and collaborative dialogue with his peers and clients, which has led to many favorable results for his clients over the years.

Michael’s practice focuses on complex civil litigation, with a particular emphasis on the areas of civil rights, commercial, eminent domain, employment, and class action law. Over the course of his career, he has developed an extensive knowledge and understanding of the courts that allows him to successfully navigate client matters through state and federal courts. As a member of the Federal Trial Bar, Michael has tried numerous cases to judgment in federal and state courts. He also has experience prosecuting and defending appeals in the appellate courts.

Representing a wide range of clients, including large and small corporate entities, large municipal corporations, and individuals, clients rely on Michael at critical times of need. For instance, he defended the City of Chicago in several high-profile lawsuits, such as the widely publicized Ryan Harris civil rights trial and the City’s “stop and frisk” class action lawsuit. Regardless of the client, Michael’s approach remains constant—a tireless and dedicated pursuit of success on behalf of his clients.

Michael is recognized by his peers for his quality legal work and successes in the courtroom. He is named a Top Litigator in the areas of Commercial Litigation, Civil Appellate Law, and Condemnation by the Leading Lawyers Network, which consists of the top 5% of Illinois Lawyers. In 2018, he was honored to be named to the Irish Legal 100, which was founded by the New York Irish Voice newspaper as an annual compilation of the most distinguished Irish legal professionals in the United States. Michael was also included in Illinois Super Lawyers Rising Stars from 2008 to 2010, recognizing the state’s top young lawyers.