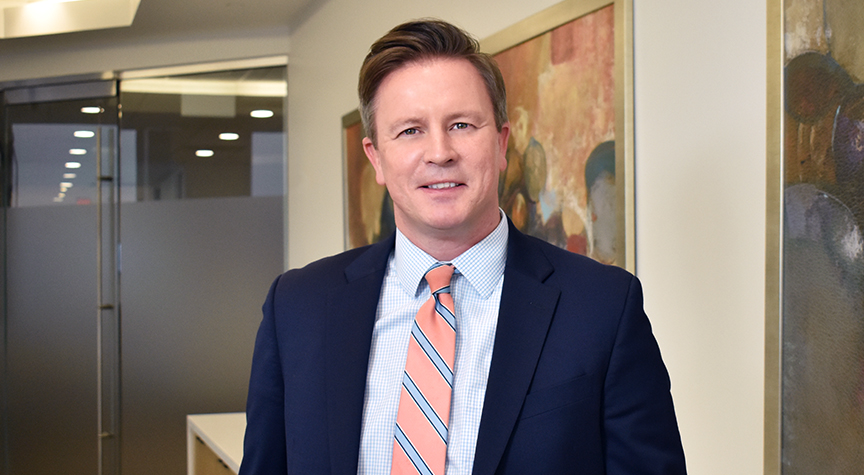 Matt helps companies and non-profits navigate through the challenges of high-stakes product liability and commercial litigation, regulatory compliance and investigations by federal and state regulators, and corporate governance.

Advocating on behalf of his clients feeds Matt’s competitive spirit. From getting wins in near impossible situations, to finessing internal investigations that received no negative press, to taking over a case where he was able to decertify a class action and renegotiate a settlement from eight to five figures, to passionately working pro bono to effect positive change statewide for survivors of domestic abuse, to being part of a group of pro bono lawyers who took a case (and won) to the U.S. Supreme Court, Matt brings razor-sharp intellect, finely-honed skills, and a fiery passion to his work.

Clients choose Matt to serve as their advocate because they appreciate his ability to be the calmest person in the room, a strategist who is always thinking three steps ahead. Some have said working with Matt is like playing chess while his opponents are playing checkers – as a classic devil’s advocate, he is able to pick apart strongly held positions with ease. One of his favorite expressions is “Don’t get in the mud with pigs. You’ll only get dirty, and the pigs like it.”

Early in Matt’s life, it was clear he was destined to be a lawyer and leader. As a second grader, he drew a picture of a man in a suit standing in front of a judge, and, in barely readable handwriting, wrote, “I want to lawyer.” He was also the classic “debate class” type who recognized the power of words to change outcomes – a skill which makes him a formidable oral advocate and strong, persuasive writer.

Matt has held leadership roles throughout his life and cares deeply about his community. He currently serves as board president of Meridian-Kessler Neighborhood Association (18,000 residents, 6,000 homes, large business, and school community); board member for the Indianapolis City-Market; board member for the Indiana Coalition Against Domestic Violence; chairman of the annual Immaculate Heart of Mary Fall Festival/Oktoberfest, and board member of their Finance Committee. He serves as outside general counsel to numerous small and medium-sized companies around the Midwest, providing counsel to boards of directors and C-suite executives on a full breadth of legal, strategic, and regulatory matters.

Matt has extensive experience in the area of toxic torts, medical devices, and personal injury defense. Matt’s first case involved the defense of mining companies accused of injuring large populations by spreading nano-particulates. As a young partner, Matt led the defense of a concert stage manufacturer involved in a stage collapse. Matt has worked with and led a team of lawyers involved in nationwide toxic torts relating to medical devices. He has also defended vehicle manufacturers on a nationwide basis against product liability claims. And Matt represents clients facing liability relating to talc and asbestos exposure.