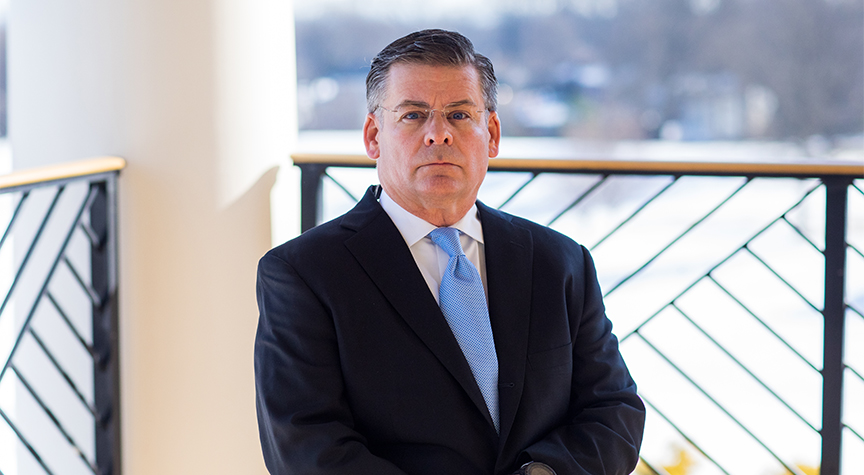 Graham is a veteran attorney and lobbyist with three decades of Washington, DC experience. He focuses his practice at the crossroads of complex legislative process and policy, with political issues involving the U.S. Congress, the executive branch, and the courts.

His substantive knowledge of authorization, appropriations, and budget legislative processes brings a practitioner’s expertise to his client’s needs. Graham has also worked at the Republican National Committee, as a senate-confirmed appointee in the Bush administration, and currently serves on a joint Department of Interior and Agriculture federal advisory council. He also serves on the boards of several national organizations.

Graham has held multiple senior staff positions in the U.S. Congress, including as committee staff director, senior committee counsel, and senior counsel for oversight and investigations at the House Transportation and Infrastructure Committee and its Highways, Transit and Pipeline Subcommittee. He is nationally recognized for his experience in transportation infrastructure and energy infrastructure policy.

During his tenure in and out of Congress, Graham has worked on every multi-year transportation reauthorization since 1998, and as the Highways and Transit Subcommittee Staff Director led the drafting, negotiation, and bi-cameral process that produced the 2005 highway bill, the Safe and Efficient Transportation Equity Act – Legacy for Users (SAFETEA-LU), which authorized $286 billion over five years to support the U.S. highway and transit infrastructure, and also reauthorized both the Federal Highway and the Federal Transit Administrations, Federal Motor Carrier Administration, and the National Highway Traffic Safety Administration, among other Department of Transportation’s (DOT) authorities such as Hazardous Materials regulation. He also led the creation of the Pipeline and Hazardous Materials Safety Administration at DOT.

Graham has also worked on every multi-year Pipeline Safety Reauthorization since 1998, and was the lead House drafter and negotiator for the 2002 and 2006 public laws.  His work after 911 on legislation that created the Transportation Security Administration and Department of Homeland Security (DHS) gave him ground floor insight into DHS that he continues to provide to Congressional Committees and his clients.

Graham also worked in the House for Con. Chip Pickering (R-Miss.) as legislative director, handling House Energy and Commerce Committee issues and all appropriations and budgetary issues. In the Senate, he worked in the offices of Sens. Gramm (R-Texas), Cochran (R-Miss.), and Lott (R-Miss.).

Graham earned his juris doctor from Tulane University Law School and his bachelor of arts from The University of the South. He is a member of the New York and New Jersey bars. He is also a Senate confirmed former member of the National Council on Disability, where he served in two administrations over eight years. Graham is also a co-founder of the Global Universal Design Commission and serves as a member of the board of directors for several national organizations.