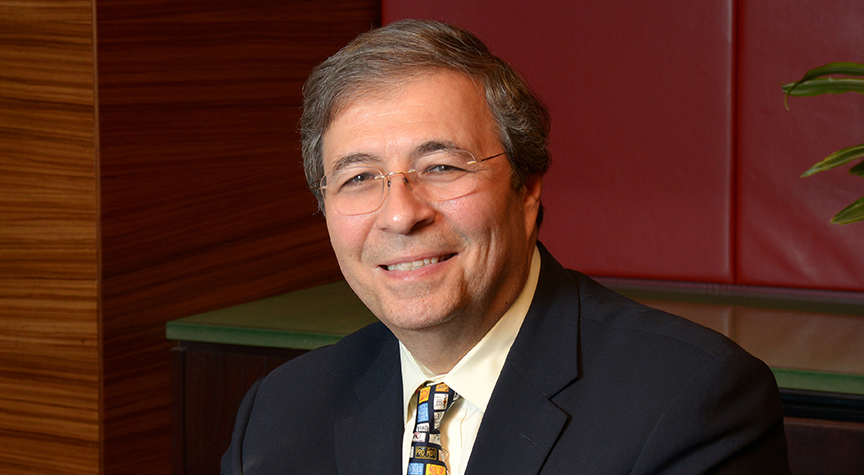 Dan's law practice concentrated in estate planning, trust and probate law, nonprofit and charitable organizations and foundations, family businesses, elder law and guardianships, estate and gift taxation, charitable giving, including art and collectibles, and probate court litigation. He earned his bachelor's degree from Harvard College and his law degree in 1976 from the University of Virginia Law School, where he was editor in chief of the Virginia Journal of International Law.

A member of the Cincinnati Estate Planning Council and of the Greater Cincinnati Planned Giving Council, Dan is the author or co-author of many articles and several books on legal and other topics.

Dan serves on boards of Hebrew Union College-Jewish Institute of Religion, Linton, Incorporated (vice-chair), The Seven Hills School, and Cincinnati Public Radio. He serves or has served as legal counsel to many charitable, educational, and nonprofit organizations and political campaigns, including two candidates for President of the United States, and formerly as Legal Counsel to the Cincinnati A.I.D.S. Commission, The Greater Cincinnati Foundation, and as outside counsel to the Attorney General of Ohio. He formerly served as Lecturer in Law at the University of Cincinnati College of Law, Chair of the Cincinnati Academy of Leadership for Lawyers, Chair of Cincinnati Public Radio (WGUC and WVXU), Chair of the Cincinnati Symphony Orchestra, Vice-Chair of The Jewish Hospital of Cincinnati, Presiding Co-Chair and co-founder of the National Underground Railroad Freedom Center, Chair of the Constella Festival of Music and Fine Arts, as well as a director or officer of the Children's Psychiatric Center, Cincinnati Bar Foundation, Cincinnati Composers Guild, Cincinnati Institute of Fine Arts, Cincinnati Symphony Musicians Pension Plan, Friends of the College-Conservatory of Music, Concert: Nova, Inc., Hoxworth Blood Center, International Visitors Center, Jewish Community Relations Council, the Ohio Justice and Policy Center, and many other organizations. He presently also serves on the Dean's Council and teaches in the Joint Master of Arts and M.B.A. Program of the University of Cincinnati College-Conservatory of Music and the Business School. He also serves as regional chair of the University of Virginia Law School Foundation Annual Campaign.

Dan is a graduate of Leadership Cincinnati of the Cincinnati USA Regional Chamber of Commerce, from which he received the Distinguished Alumni Award. He was appointed by the Chief Justice of Ohio to the Ohio Commission on Racial Fairness and by the Mayor of Cincinnati to the Advisory Board for Consumer Protection. He was also appointed by the United States Court of Appeals for the Sixth Circuit to the Merit Selection Panel for the Appointment of Bankruptcy Judges, and he serves on numerous committees of the American, Ohio State, and Cincinnati Bar Associations. He was named Outstanding Volunteer of the Ohio State Bar Association, received the Trustees' Award from the Cincinnati Bar Association, and he was appointed by the Deans of Ohio's eight law schools to the Institute on the Future of the Legal Profession. He serves as a professional advisor for the Jewish Professional Advisors Network and for planned giving committees of the Cincinnati Bar Foundation, and the Tri-State Warbirds Museum, among other community and professional activities.

Dan is a Visionary Fellow of the American Bar Foundation and a Distinguished Life Fellow Counselor of the Ohio State Bar Foundation. While in active practice, he was listed in The Best Lawyers in America, Who's Who in the World, Who's Who in America, Who's Who in American Law, and has been named one of the top 100 lawyers in Ohio and top 50 in Cincinnati by Law and Politics and Cincinnati Magazine. Dan also has been named a Leading Lawyer by Cincy Magazine. Dan has been admitted to The U.S. Supreme Court, U.S. Tax Court, U.S. Court of Appeals for the Armed Forces, and the Southern District of Ohio, and is currently admitted to practice in Ohio and the Federal Circuit Court of Appeals.