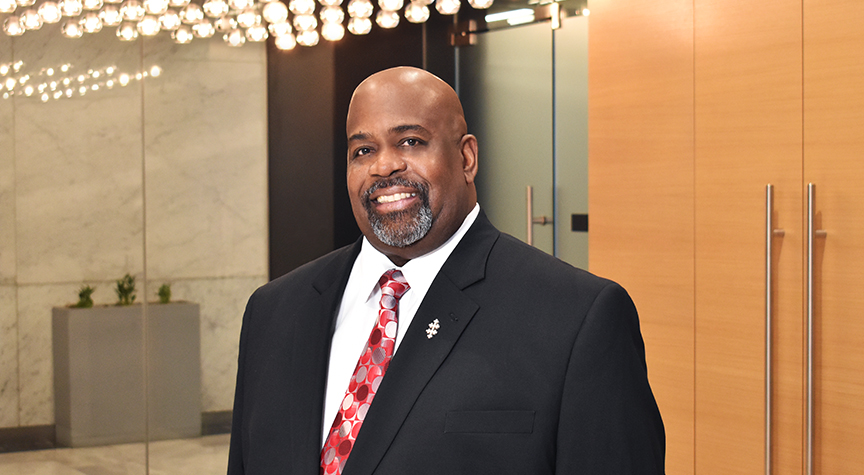 Carl serves as senior VP and co-chair of Taft’s Public Affairs Strategies Group and lobbies in Indiana and Washington D.C. His major lobbying matters in Indianapolis include the Citizens Energy Group water purchase, the City's parking meter deal, the soccer stadium, and mass transit, among others. Carl has been recognized in the Indianapolis Business Journal and The Indianapolis Star as an effective lobbyist.

Carl was elected Center Township Trustee of Marion County, Indiana in 1996 after the Hon. Julia Carson was elected to the U. S. House of Representatives. He was the youngest African-American to hold a political office at that time in Marion County, in either political party. Carl served as deputy trustee under Hon. Carson from 1991-1993 and from 1993-1996, he served as the chief deputy constable, Center Township Small Claims Court. Carl also has over 20 years of experience in law enforcement.

As the Trustee of Center Township, Carl managed a $12 million budget and approximately 102 employees. His responsibilities included feeding, clothing, and providing shelter for the underserved in Center Township. His concern for the less fortunate keeps him searching for ways to improve the relief system, yet not to increase tax burdens for the taxpayers of Center Township. His goals and aspirations extend far into the 21st Century and beyond.

At the Center Township Trustee’s Office, there were several plans to put the able-bodied men and women, who seek assistance, to work at various locations around Marion County. Carl’s motto was “I am here in this office to give them a hand up, not a hand out.” He continued a practice that former Trustee Julia Carson initiated in the early 1990s, a one-stop shop. Not only did Carl have the Marion County Prosecutor’s Office and Division of Family and Children onsite, he had a Payee Program. He credits most of his success to his employees and management personnel.

Carl's past and/or present community involvement includes serving on many boards such as Second Helpings, Inc., an organization that takes food to the area shelters and to many of the senior citizens in Center Township; Greater Indianapolis Progress Committee; Gennesaret Free Clinic, which provides free medical assistance to neighboring communities; Indiana Township Association; 100 Black Men; Kickin’ It At The Fair; Three Cheers for Education; and he is a former president of Citizen’s Multi-Service Center. He was appointed by the governor to serve on the Indiana Human Resource Investment Council and appointed by the mayor to serve on the Community Centers of Indianapolis, Inc. Board. He was also affiliated with the Mapleton Fall Creek Neighborhood Association and was co-founder and president of the United Township Association.

Some of Carl’s accomplishments include receiving the Humanitarian Award in 2002, by Midwest Coalition of Shriners, of which he is a member, and the 2003 and 2009 Achievement in Public Service Award, presented by the Center for Leadership Development. In 2003, he was awarded the WRTV6 2003 Leadership Award, sponsored by Financial Center. He has also been honored with the McMiracle on 38th Street Award twice.

Carl is a member of the Fidelity Lodge #55, Constantine Consistory #25, and Persian Temple #46. He received the Honorary 33° Scottish Rite Mason in May of 2003 and was honored as the 2004 Potentate of Persian Temple #46. On Dec. 16, 2004, he was honored with the Sagamore of the Wabash by the Hon. Joseph Kernan, Governor of Indiana. Carl earned a bachelor of science (criminal justice) from Martin University. He is a member of Omega Psi Phi Fraternity, Inc. Zeta Phi Chapter, a member of Indianapolis Uplift Foundation, and president of Health and Hospital Corporation.

Carl is not licensed to practice law in any state and does not provide legal services.