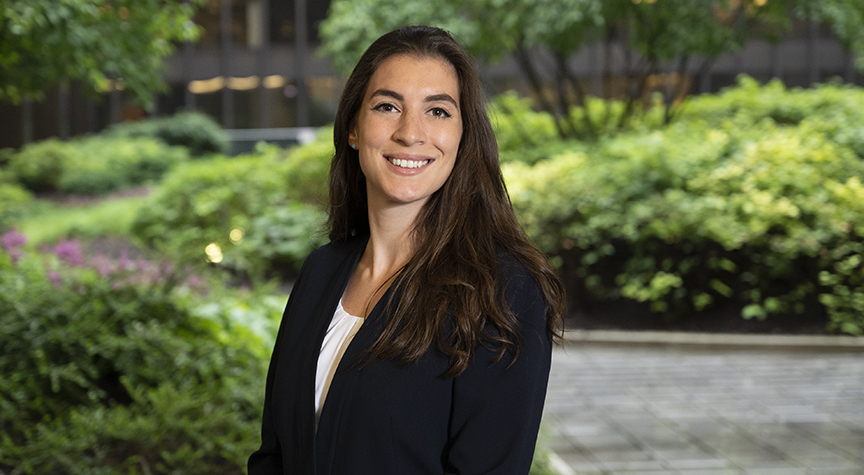 Bianca is a member of Taft’s Chicago Litigation practice. Prior to joining Taft, she was an associate at a mid-sized law firm in Chicago and represented creditors’ committees in Chapter 11 bankruptcy cases and creditors and Trustees in Chapter 7 bankruptcy cases. Bianca also represented creditors in enforcing their judgments against debtors concealing their assets in both state and federal court. She also advocated pro bono on behalf of two inmates based on infringements of their constitutional rights while in prison.

Bianca is active in the Turnaround Management Association’s (TMA) Chicago/Midwest Chapter, Network of Women (NOW) Committee. She was first appointed as a TMA NOW co-chair in January 2020 and was re-appointed in 2021. In addition, she served as an advisory board member for the Women’s Bar Foundation of Illinois.

While in law school, Bianca was Chief Justice of the Moot Court Honors Program and a published member of the UIC John Marshall Law Review. In her first year of law school, she was recognized as Best Oralist and received second place in both the intra-school moot court and mock trial competitions.  Additionally, she was awarded Winner and Best Oralist of the intra-school moot court competition in her second year of law school.  She continued to win awards while competing with other law schools through the Moot Court Honors Program.