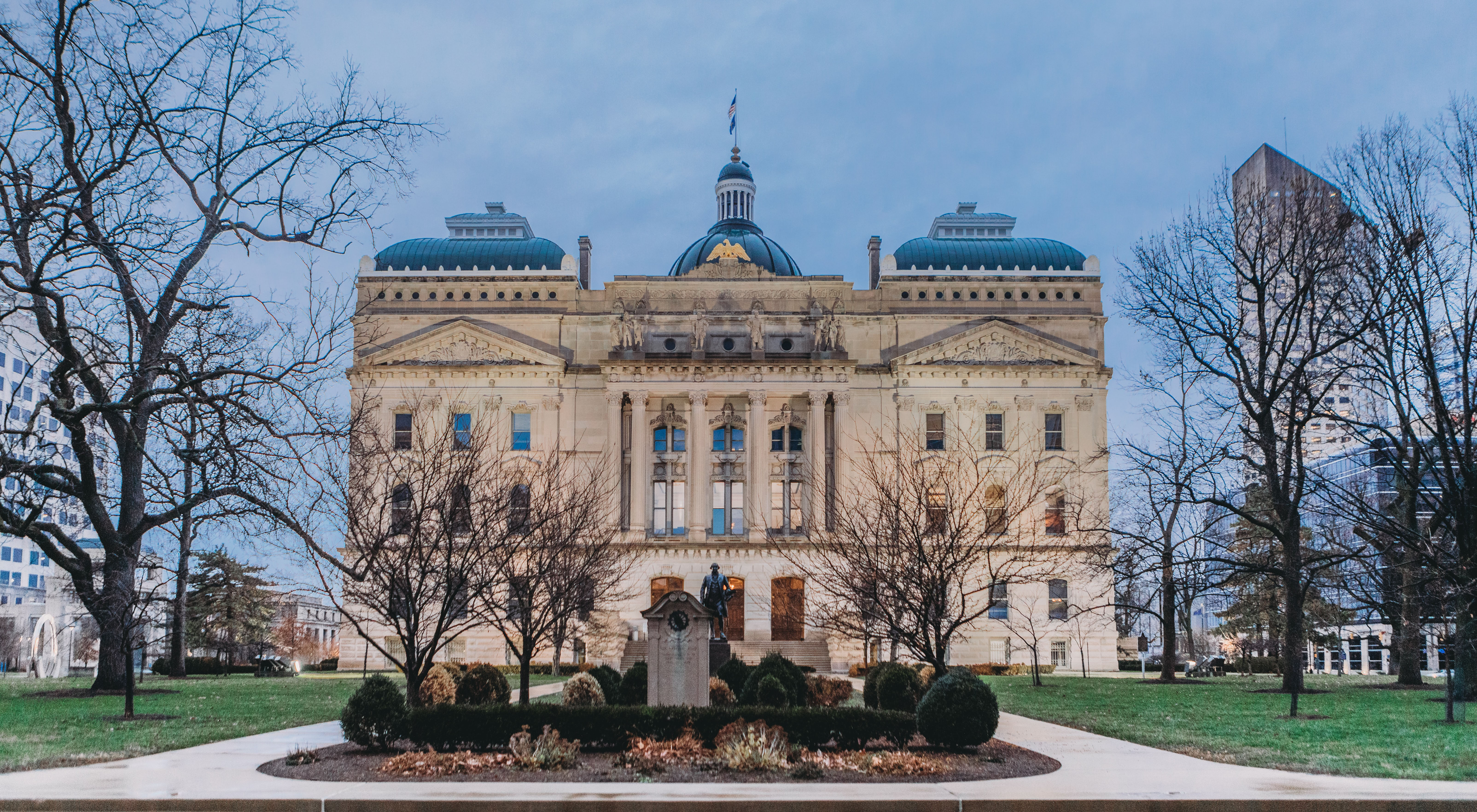 The 2022 Indiana General Assembly in Review

In the much-anticipated early adjournment, the Indiana General Assembly concluded its business for the 2022 legislative session after midnight on March 9.

Between the House and Senate chambers, 858 bills were introduced in this session. When the General Assembly adjourned, it passed a total of 177 bills. Upon presentation of an enrolled act, the Governor has seven days to choose whether to sign the legislation into law, let time expire, and allow the bill to become law without his signature or issue an executive veto.

End of the Public Health Emergency and COVID-19 Vaccine Policies

In conjunction with the Governor, the General Assembly was able to safely end the public health emergency in Indiana by passing HEA 1001. The bill ensures the state can continue receiving certain federal benefits and can hold voluntary community vaccination clinics as needed without further executive orders. This legislation also strengthens COVID-19 vaccine exemptions that mirror federal guidance under Indiana law to protect employees from unfair termination or retaliation.

Indiana competes well against other states for company investment and expansion. The General Assembly made updates to the state’s economic development incentive options through SEA 361 to give the state news tools to win jobs and investment. A significant provision establishes Innovation Development Districts (IDD) to help Indiana land large-scale attraction opportunities. These districts will capture the incremental growth of state and local taxes for physical, financial, and programmatic investments tailored to major economic projects. After much discussion between state and local community leaders, the bill designates a local IDD fund to capture the property tax increment for use only in the designated district. The fund directs 12% of property taxes pass through to surrounding units.

HEA 1002, the landmark $1.1 billion tax cut bill, awaits Governor Holcomb’s signature. The bill includes a decrease of the state income tax from 3.23% to 2.9% over seven years, which would tie Indiana for the lowest state income tax among states that collect it. Additional provisions include the repeal of the Utility Receipts Tax and directs the use of reserves to make a one-time, $2.5 billion payment toward teacher pension debt.

After much controversy, the proposal to eliminate the minimum business personal property tax (BPPT) that companies pay for new equipment did not pass. The proposal faced strong opposition from local governments concerned about an equitable, sustainable replacement revenue mechanism.

One BPPT provision that passed expands “Pool 5” depreciation for business personal property taxes. This allows “mini-mills” that use electric arc furnaces for steel production to depreciate personal property from a 30% floor to 10%.

The General Assembly made notable changes for Hoosier schools during the 2022 session. One piece of legislation focused on mitigating the impact of the pandemic. One measure, SEA 2, lets schools avoid funding losses after getting hit hard by COVID-19 last semester.

To combat teacher shortages, lawmakers are allowing schools to hire people with specific professional expertise, called adjunct teachers, as part of HEA 1251.
In an effort to unlock sources of financial aid for Hoosier students and families, the legislature passed SEA 82 which requires school officials to provide high school seniors and their parents with more information about the Free Application for Federal Student Aid (FAFSA).

HEA 1221 will enable pilot programs that will allow companies to understand best practices for electric vehicle deployment in the state. The pilots will provide the necessary data for stakeholders to refine how to best move forward with these programs in Indiana.

To address carbon emissions, legislation was passed that established a regulatory framework for companies interested in taking part in carbon sequestration projects in Indiana. Companies with plans to engage in these projects in Indiana will bring billions in investments and additional jobs to the state and put Indiana on the map as one of the few places where this large investment in carbon capture is taking place. This bill encourages growth and development in manufacturing and supports companies who want to have a zero-carbon footprint. HEA 1209 will catapult Indiana’s leadership in this technology.

Workforce housing continues to be a barrier to entry into the workforce across Indiana communities. SEA 382 includes a provision for a state tax credit of up to $30 million per year for five years. This legislation will help Indiana leverage federal 4% housing tax credits that go underutilized today because the amount of equity in a federal 4% credit cannot equal development, labor, and material costs. The state workforce tax credit is a tangible step forward to address the shortage of workforce housing needed to attract and retain workers. It will be eligible for use during the 2023 budget year.

Upon the March 9 adjournment, lawmakers have returned to their newly drawn respective districts to prepare for the primary election on May 3.

The General Assembly has scheduled its Technical Corrections Day for May 24 – a day to edit or amend legislation to correct drafting errors, misspellings, duplicate laws, and major conflicts with existing laws. The General Assembly can also vote to override a gubernatorial veto.