Carter Awarded Sagamore of the Wabash Award by Governor Holcomb

Carter Awarded Sagamore of the Wabash Award by Governor Holcomb 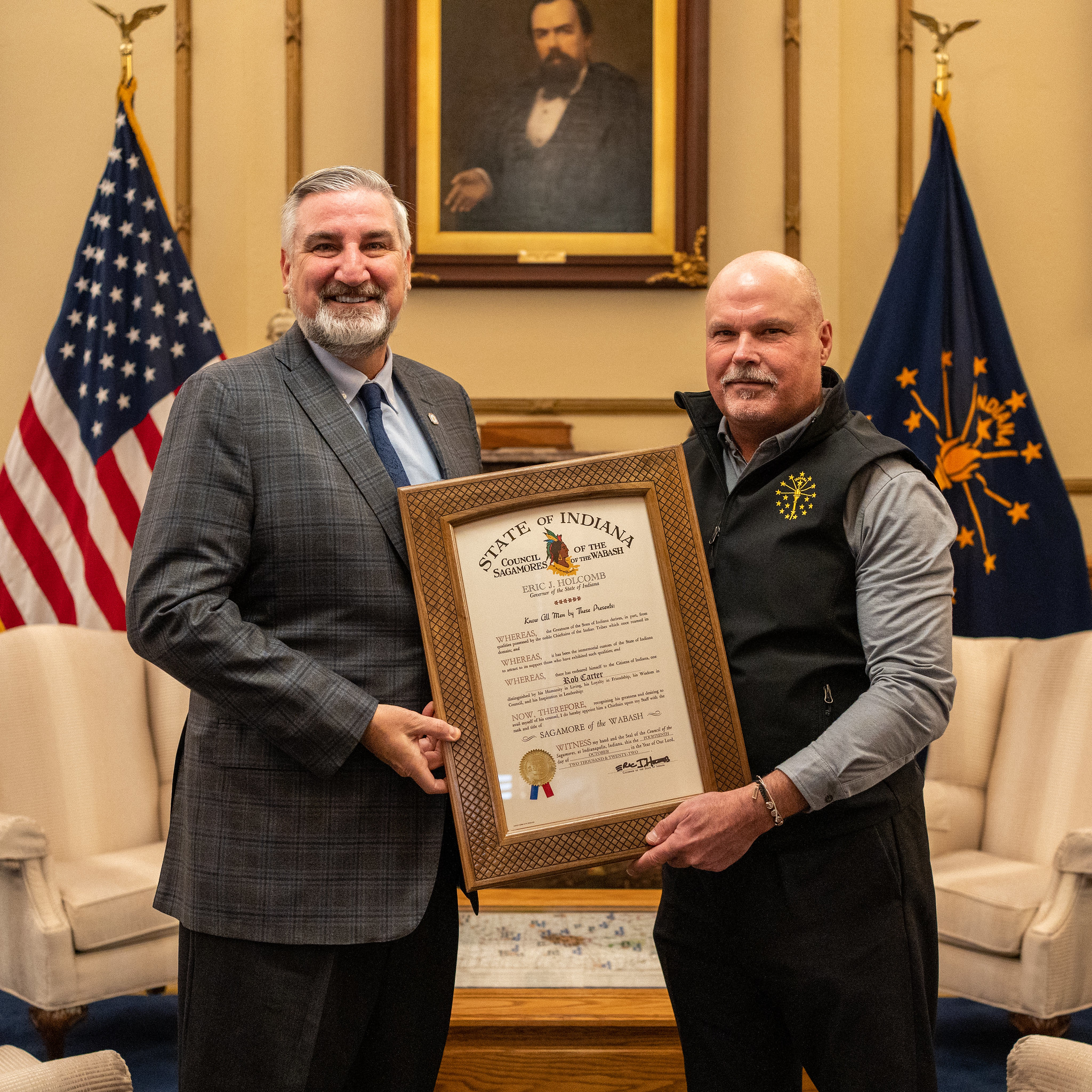 Taft Vice President of Public Affairs Rob Carter was awarded the Sagamore of the Wabash Award by Indiana Governor Eric Holcomb on Dec. 12. The award recognizes Carter for his vital role as Commissioner of the Indiana Department of Correction. In this role, he built a statewide network of leaders for Indiana Department of Correction facilities and was responsible for implementing the best training programs for incarcerated individuals.

Carter has a long history of working in public safety administration. In addition to serving as Commissioner of the Indiana Department of Correction, he also served as executive director of risk management and security at Ivy Tech Community College, where he was responsible for the safety and security of the Nation's large college with over 100,000 students and staff at more than 40 campuses statewide. Prior to that, Carter was the director of the Indiana Department of Natural Resources (DNR) for the State of Indiana under Indiana Governors Mitch Daniels and Mike Pence. Carter also served as director of the Indiana DNR Division of Law Enforcement, a position he was appointed to by Governor Daniels. Early in his career, he was elected as the youngest Sheriff in the State of Indiana, serving two terms for Clay County, Ind.