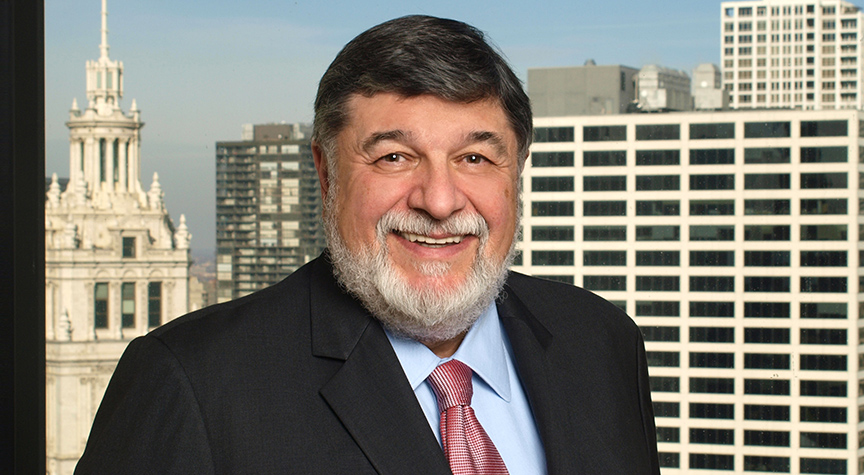 Larry has over four decades of extensive federal and state trial experience. He has argued appellate cases before the United States and Illinois Supreme Courts, as well as in the U.S. Second and Seventh Circuits and three of the districts of the Illinois Appellate Court.

Larry is known for his broad knowledge of government and politics and has a strong emphasis on government relations work. His practice has included lobbying and administrative practice at the local, state, and federal levels. Larry has represented labor unions, large business associations, health care concerns, cultural institutions, corporations, professional associations, local governments and individuals in their interactions with various governmental units.

Larry has been politically active for many years, assisting a number of candidates and campaigns and serving in a variety of public leadership posts. In 2002, he was elected to the Cook County Board of Commissioners and represents 330,000 people living on the north side of Chicago and in Evanston, New Trier and Niles Township. As a board member, he is chair of the Legislative and Intergovernmental Relations and Rules Committee. Larry has also been elected Evanston Township Democratic Committeeman and has chaired both the Platform Committee and Presidential Delegate Selection Committee of the Illinois Democratic Party.

Before joining the firm, Larry was a Cook County Public Defender and a Federal Defender Panel member and taught at John Marshall Law School as an adjunct professor. Following his law school graduation, he served as a Captain in the United States Air Force Reserves, receiving an Honorable Discharge.

Larry is a Leading Lawyer in Illinois, which consists of the top 5% of Illinois lawyers, as selected by his peers.