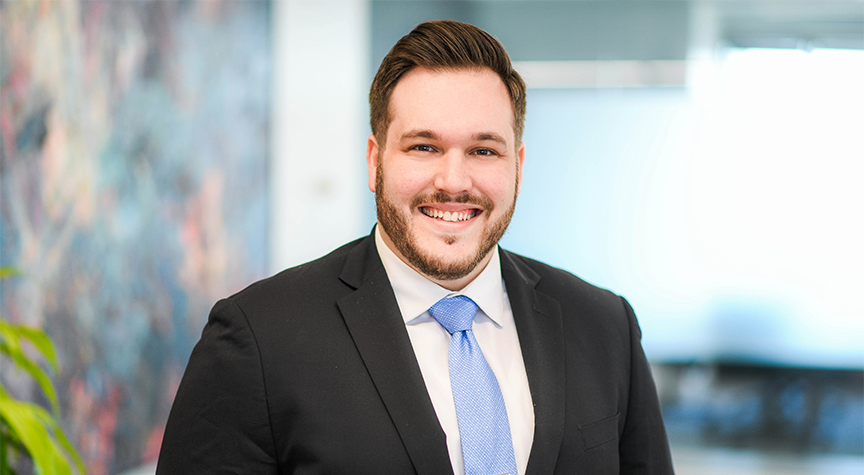 Josh is a member of the Litigation group, focusing his practice on business and complex commercial disputes. He has experience in many aspects of litigation, including drafting pleadings and dispositive motions, conducting complex discovery, arguing motions, and jury trials.

Josh served as a Taft summer associate in 2017. In 2012, he earned his B.A. in Sociology from Oberlin College, where he also played quarterback for the varsity football team, earning All-Conference honors in 2012. In 2018, Josh earned his J.D., magna cum laude and Order of the Coif, from the University of Miami School of Law, where he also served as the Editor-in-Chief for the University of Miami Law Review. Josh’s student note, Deflategate Pumped Up: Analyzing the Second Circuit’s Decision and the NFL Commissioner’s Authority, was published in Volume 72, Issue 3 of the University of Miami Law Review and received the Dean’s Writing Prize Award in Entertainment, Arts & Sports Law.

As a third-year law student, Josh served as a fellow for his law school’s Health Rights Clinic. In this role, Josh assisted in drafting a class action lawsuit filed against the state and federal governments alleging discriminatory practices in distributing the Disaster Supplemental Nutrition Assistance Program (D-SNAP) benefits after the tragedy of Hurricane Irma. Josh’s efforts, which also included supervising Clinic interns, conducting research on legal issues, and assisting with pleadings and motions, were instrumental in reaching a settlement with the defendants, which ultimately granted over 158,000 individuals access to receive D-SNAP benefits. For these efforts, Josh earned the Public Interest Innovative Service Award and Honorable Mention for the CLEA Award for Excellence in a Public Service Case or Project.