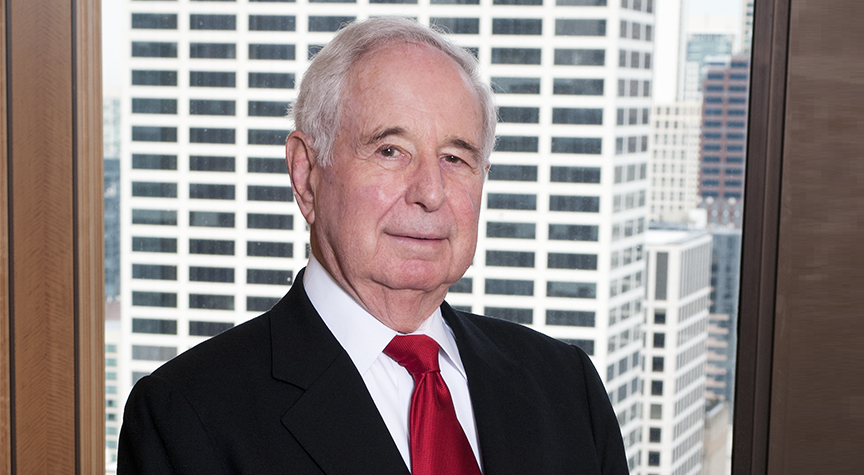 Jack's practice encompasses a broad range of activity before state and local boards, commissions, the Illinois General Assembly and the Congress of the United States. During his career, he has represented clients in hundreds of negotiations with and public hearings before government bodies. His experience includes 17 years as a member of the Chicago Zoning Board of Appeals, the last 12 of those years as its Chairman.

Jack has a wide-ranging land use practice, in which a substantial portion of his work has consisted of representing developers requiring zoning changes and other relief as a precondition to the development process. He has acted as zoning counsel for the developers of more than 50 million square feet of major Chicago properties. The scope of Jack’s activities includes zoning, landmark, vacation, dedication and easement, traffic and transportation, water and sewer, aviation and legislative matters as they relate to development in every sector of Chicago and in municipalities throughout the metropolitan area.

Jack has also spearheaded a host of pro bono assignments in the land use area on behalf of a wide array of not-for-profit institutions. He serves on the boards or advisory committees of numerous civic, arts and philanthropic institutions. Jack currently serves as the chairman of the Chicago Architecture Biennial.

Jack has been selected for inclusion in The Best Lawyers in America in the areas of Real Estate and Land Use and Zoning Law from 2006-2018. He was also named the Best Lawyers’ 2012 Chicago Land Use & Zoning Law Lawyer of the Year. In addition, Jack has been ranked in the top tier of Real Estate–Zoning and Land Use lawyers in Chambers USA: America’s Leading Lawyers for Business every year since 2008. For the past ten years, Jack has been awarded an AV® Peer Review Rating from Martindale-Hubbell, its highest rating for ethical standards and legal ability. He has continually been cited as an Illinois Super Lawyer and is a Leading Lawyer in Illinois.

Jack has authored many publications on land-use development topics and also speaks widely at professional meetings and in academic settings on zoning and land-use issues. He was inducted into the Chicago Association of Realtors Hall of Fame in 1992 in recognition of his achievements in the real estate industry.

Projects that gained approval under Jack’s leadership include: