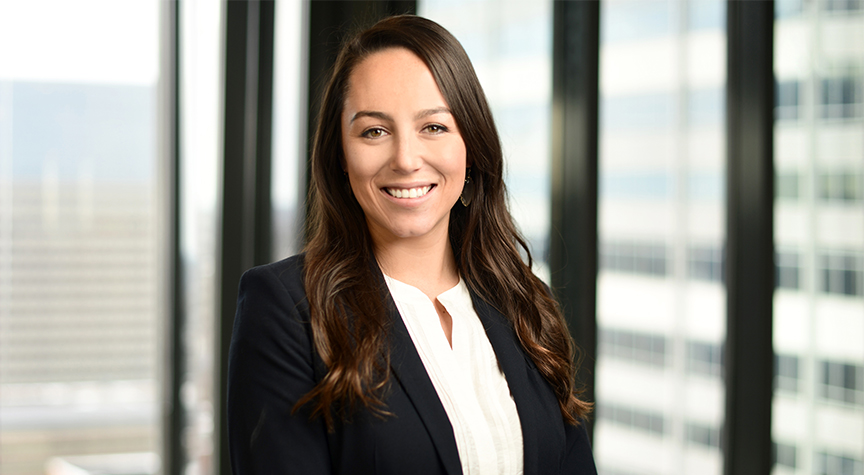 As an attorney in the Litigation practice group, Bray focuses on general business litigation and complex commercial disputes.

Bray received her JD from Baylor University School of Law in general litigation. She was the Executive Editor of the Baylor Law Review, competed on behalf of Baylor Law in the National Moot Court Competition, and was a semi-finalist in the ABA Section of Labor & Employment Law Mock Trial Competition.

Bray’s undergraduate degree, also from Baylor University, includes a BS in anthropology, with a concentration in forensic sciences. She graduated on the Dean’s List and in the Interdisciplinary Core Honors Program. She also competed on the NCEA Division One equestrian team, lettering four years as a walk on and earning NCEA Academic First Team honors.

Prior to joining Taft, Bray was an associate at a law firm in Minneapolis, Minn., and focused her practice on defective pharmaceutical drugs and medical devices. She also practiced in Houston, Texas, where she handled medical malpractice actions.