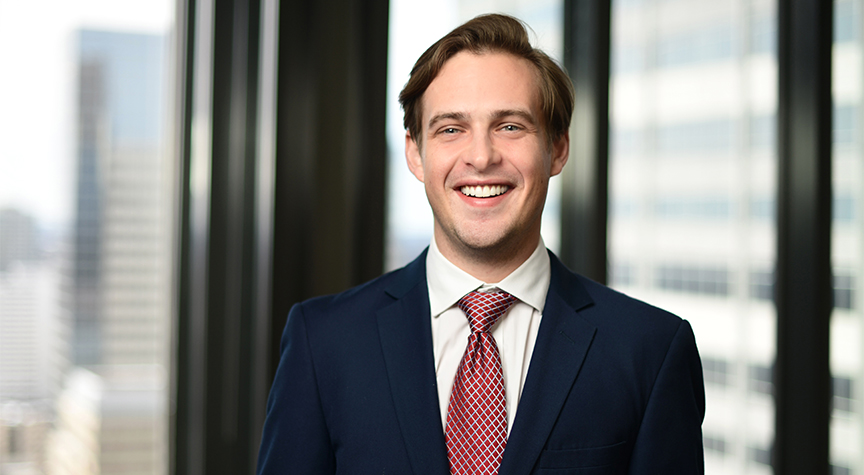 Alex is an associate who focuses his practice on mergers and acquisitions, corporate finance, and general commercial and corporate law.

Alex received his Juris Doctor degree from Harvard Law School. While at Harvard, Alex earned the Dean’s Scholar Prize for Civil Procedure, was an editor of the Harvard Business Law Review, and served as executive vice president of the Federalist Society.

Alex received his Bachelor of Business Administration from the University of Wisconsin-Madison, where he majored in finance, investment & banking, as well as real estate and urban land economics.

Prior to joining Taft, Alex represented public and private companies in mergers, acquisitions, and divestitures at a prominent New York law firm.