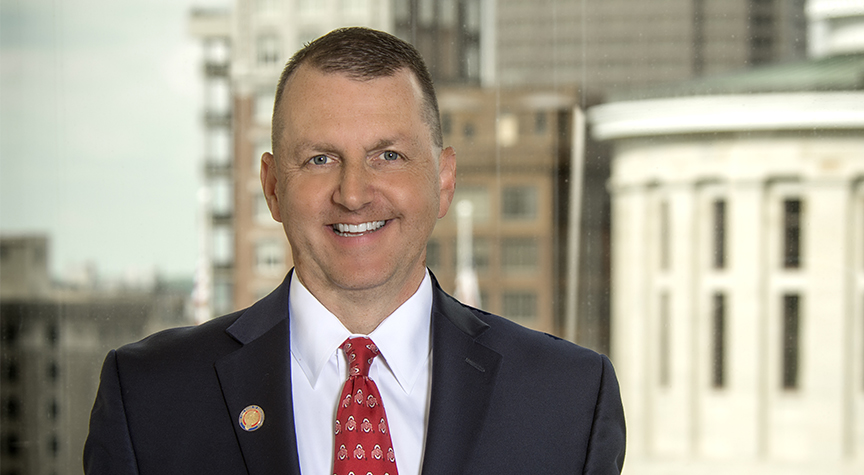 An alumnus of the U.S. Army War College, Adam is an active member of the United States Army Reserve Judge Advocate General’s Corps. With more than 22 years of military service, Adam has served with the 10th Mountain Division during his deployment to Afghanistan in 2004 and was promoted to full Colonel in 2018. He is currently serving as commander, 87th Legal Operations Detachment, U.S. Army Reserve Legal Command, headquartered in Salt Lake City, Utah. In 2012, Adam helped start a statewide nonprofit organization dedicated to serving the legal needs of veterans and military families.

Adam contributes his talents to many organizations. He is active in associations for military members and veterans. He serves as President in the Columbus, Ohio Hilltop Kiwanis Club. As an Ohio State Representative for the 17th District of Ohio, Adam is also a member of the Veteran's Caucus, National Council of State Legislatures.